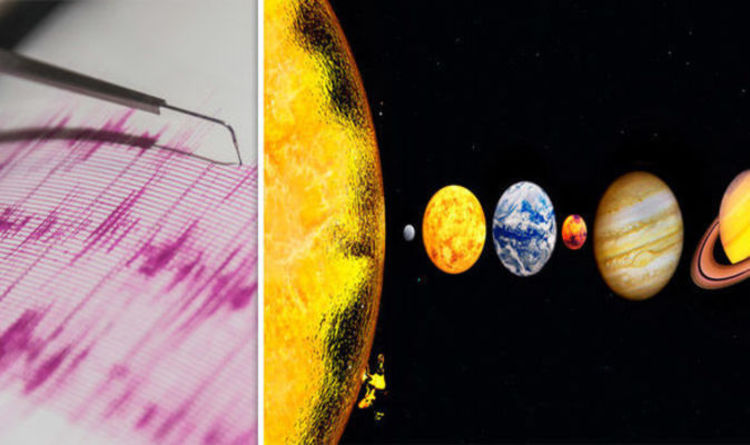 
Uranus, Earth and Mars have aligned today, and it could lead to a magnitude six or seven earthquake between now and October 17.

This is according to ‘Global Earthquake Forecaster’ Ditrianum.

The site, run by new age earthquake researcher Frank Hoogerbeets, points to the planetary alignment this week as a cause for concern.

The gravitational pull of Uranus and Mars could pull on Earth’s tectonic plates, according to the prediction.

As the plates are tugged apart, they could cause earthquakes around the globe.

In a prediction on his website, Mr Hoogerbeets said: “Several planetary alignments on the 10th, 12th and 15th are likely to trigger a seismic uptick from 10 to 17 October, but from the 10th to the 12th looks most critical with the potential of a high 6 to 7 magnitude earthquake.”

Mr Hoogerbeets does not give any indication where the earthquakes might occur however.

Anything above a seven on the Richter scale is considered to be a “major” earthquake, and only 20 occur a year, according to Michigan Tech University.

Robot Shows It’s Possible to Swim Through The Emptiness of a Curved Universe : ScienceAlert
‘Gifted’ Dogs Seem to Have This One Characteristic in Common : ScienceAlert
Why Do Kids Get Worms, And What Can You Do to Prevent It? : ScienceAlert
Scientists Have Found A New Way to Detect Alien Worlds Beyond Our Solar System : ScienceAlert
Hidden ‘Hunger Stones’ Reveal Drought Warnings From The Past : ScienceAlert