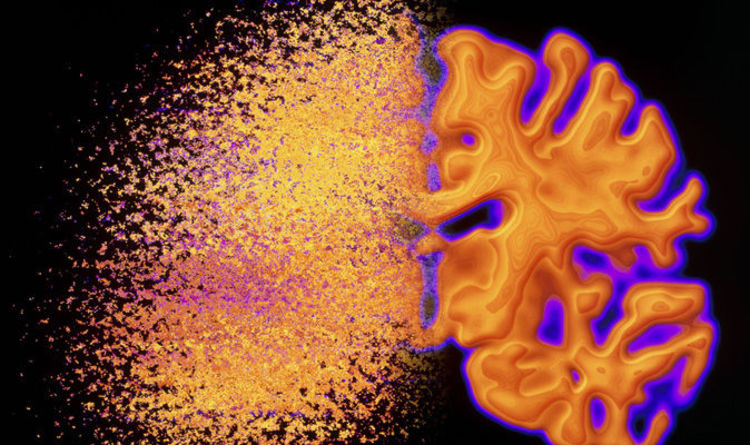 
Death spreads through a cell rapidly, scientists have discovered, and moves as if a wash of water takes over it.

Cells go through something known as apoptosis, a sort of suicide known as programmed cell death (PCD), when the body needs to rid itself of old cells to create new ones.

Researchers have found death cascades through a cell at a rate of three micrometres (0.003 millimetres) per minute – which is relatively fast considering just how small a cell is.

The experts say to imagine how a cell dies, think of a wildfire that starts at a certain point and how it spreads outward from that point in an action known as trigger waves.

The study is the first of its kind to watch exactly how a cell dies.

Biochemist James Ferrell of Stanford University said of the research published in the journal Science: “This work is another example of how nature makes use of these trigger waves – things that most biologists have never heard of – over and over again.

“It is a recurring theme in cell regulation. I bet we’ll start to see it in textbooks soon.”

While apoptosis is usually beneficiary to the body as it gets rid of ageing cells, it does not always stop healthy cells becoming cancerous.

It can also work too hard and destroy surrounding cells, as is the case in neurodegenerative diseases such as Parkinson’s and Alzheimer’s.

The researchers say that if scientists are to rid the world of these conditions, then the understanding of apoptosis is key.

To understand how apoptosis works, the experts took an egg from the African clawed frog and removed the cytoplasm – the material except the nucleus – and placed it in a tube.

They then used a fluorescent protein that turns green when apoptosis occurs and watched it spread through the tube as the cells died.

The next step of the research is to see how these trigger waves happen in the body’s immune system and how scientists can use the information to beat degenerative diseases.

Mr Ferrell said: “We have all this information on proteins and genes in all sorts of organisms, and we’re trying to understand what the recurring themes are.

“We show that long-range communication can be accomplished by trigger waves, which depend on things like positive feedback loops, thresholds and spatial coupling mechanisms.

“These ingredients are present all over the place in biological regulation. Now we want to know where else trigger waves are found.”

Biology Inspires a New Kind of Water-Based Circuit That Could Transform Computing : ScienceAlert
Shimmering ‘Lakes’ Under The South Pole of Mars Might Be Something Else Entirely : ScienceAlert
Hubble And Webb Pics Reveal DART Impact Was Even Bigger Than Expected : ScienceAlert
Weight Lifting in Old Age Does More Than Just Keep Your Muscles Strong : ScienceAlert
Superconductivity Model With 100,000 Equations Now Contains Just 4 Thanks to AI : ScienceAlert