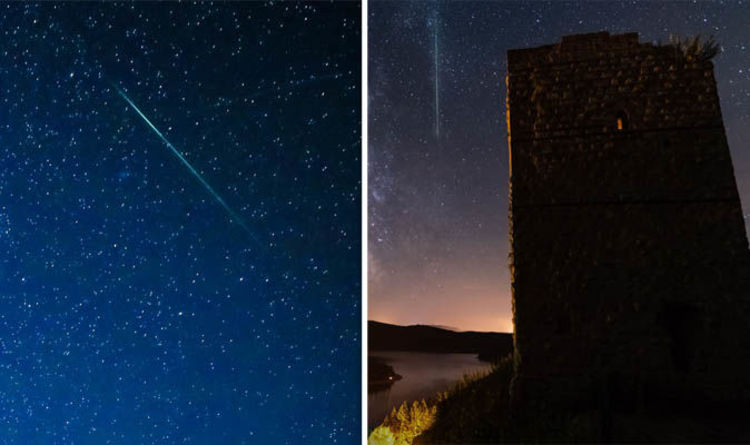 
The annual Perseid shower erupted in intensity this weekend when the meteors peaked between Sunday, August 12, and Monday, August 13.

The meteor shower is known for its dazzling fireballs, long bright meteor trails and high number of hourly shooting stars.

Stargazers who caught a glimpse of the shower said the Perseids were both “beautiful” and “amazing”.

Kristin Miller, @KristinRMiller, tweeted: “The Perseids meteor shower was spectacular, the photos brilliant, and it reminds us we’re a tiny part of this massive universe for a short time.”

Jeremy Yoder, @madscientistbbq, also posted: “The meteors last night were amazing. Some were little blips and others were like mini-fireballs shooting across the sky.”

But the Perseids are not the only astronomical spectacle of its kind this year and there are in fact five more showers before the year comes to an end.

The yearly meteor shower calendar kicks off at the start of January with the fantastic Quadrantid meteor shower.

Thereafter between the end of April and the end of July the Lyrids, Eta Aquarids and Delta Aquarids break out in the night skies.

Then the Perseids peak around mid-August after the shower starts mid-July.

In October the Orionids peak towards the third week of the month and are followed by the Southern Taurids at the start of November.

By the third week of November the Leonids make an appearance with 10 to 20 meteors breaking out an hour.

The last two meteor showers, the Geminid and Ursid showers, both peak within just over a week of each other in December.

When are the remaining meteor showers in 2018?

The upcoming Orionid shower is expected to peak in the morning hours of October 21 with anywhere between 10 and 20 meteors during the peak.

The shower is much more humble than the preceding Perseids but is known for producing fast shooting stars.

Soon after the Orionids disappear from the night skies the Taurid meteors, the debris of Comet 2p/Encke, invade the skies.

The Southern Taurids will peak next to a darkened New Moon phase this year, which should make it easier to spot the faint fireballs.

The Leonids are bright meteors produced by the space rubble of Comet 55P/Tempel-Tuttle as it orbits the Sun.

The meteors are not very intense during the peak but their intensity tends to vary from year to year.

The Geminids take the crowning glory for the single most powerful meteor shower of the year.

During the peak, stargazers can expect anywhere between 100 and 120 meteors to dash cross the starlit skies.

The Geminids appear to radiate from a spot near the constellation Gemini and come from the Comet 3200 Phaethon.

The final shower of the year will go out on a quiet note towards the end of December with just about 10 meteors an hour during the peak.

The Ursid meteors radiate near the bowl of the Little Dipper Constellation making them easy to spot from northern latitudes.