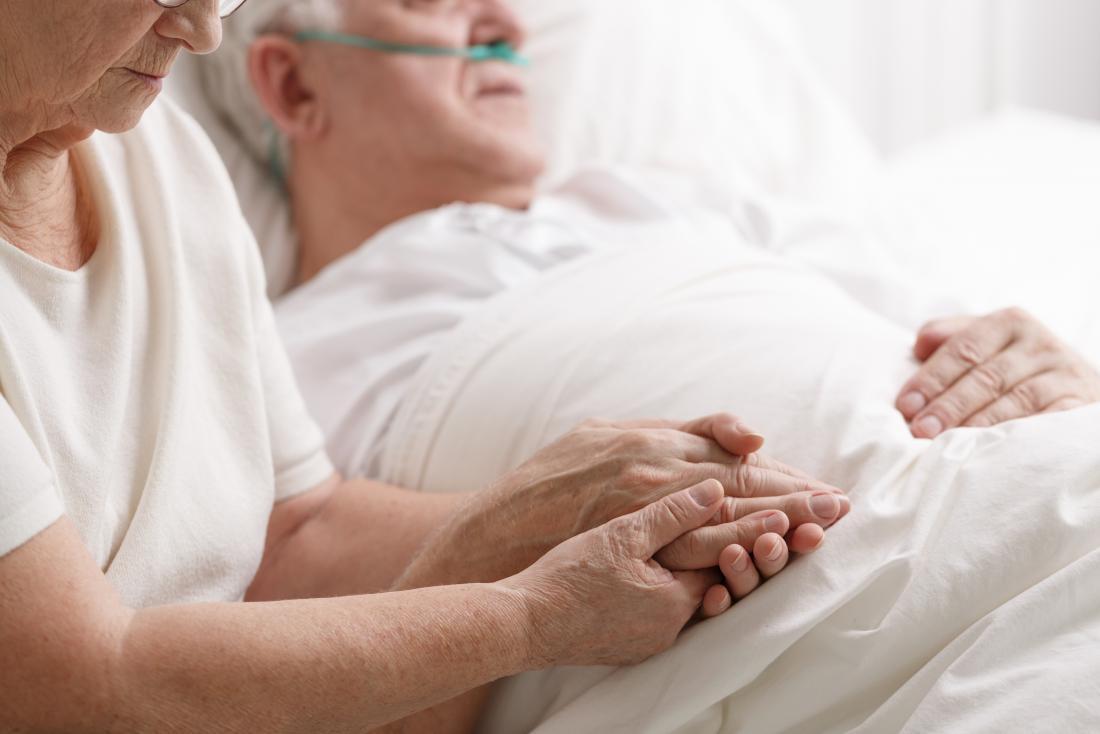 
The death rattle is the creepy sound just before you die.

It occurs when you have lost your cough reflex and the ability to swallow.

What is the death rattle?

The Death Rattle is the creepy sound just before you die.

The ominous sound is produced when air passes through secretions and generally describes a patient with lungs that are filling up with fluid.

Death rattle occurs in 23 to 92% of people who are dying. The cause of death rattle remains unproven but is presumed to be due to an accumulation of secretions in the airways.

Here an audio of the death rattle as recorded by a patient at an university hospital:

As someone approaches death, their body begins to exhibit symptoms. The breathing patterns change and can create a rattling sound. This sound is known as the death rattle, and it is a part of the dying process.

The rattle can occur when a dying person is no longer be able to swallow, cough, or otherwise clear saliva and mucus from the back of the throat, and because secretions in the respiratory tract may be increased.

The sound varies. It may be a crackling, wet noise that is amplified as the person breathes. In other cases, it may sound like a soft moaning with each breath, or a very loud gurgling or snoring.

While the sound may be unpleasant, the person emitting the death rattle usually feels no pain or discomfort.

The death rattle can sound like the person is choking. However, no evidence suggests that the dying person is aware of the sound or experiences any related pain or unease.

The death rattle is not painful. However, it may be upsetting for the dying person’s loved ones.

OMG, that sound of death is really creepy!

Our Body Temps Have Been Dropping For 160 Years. Gut Microbes May Be Playing a Role : ScienceAlert
JWST Has Found Life’s Elemental Building Blocks in The Depths of Darkest Space : ScienceAlert
Study of 500,000 Medical Records Links Viruses to Alzheimer’s Again And Again : ScienceAlert
People Who Don’t Exist Look More Real Than Actual People, Study Finds : ScienceAlert
Babies May Not Be Born With a Microbiome After All, Scientists Say : ScienceAlert