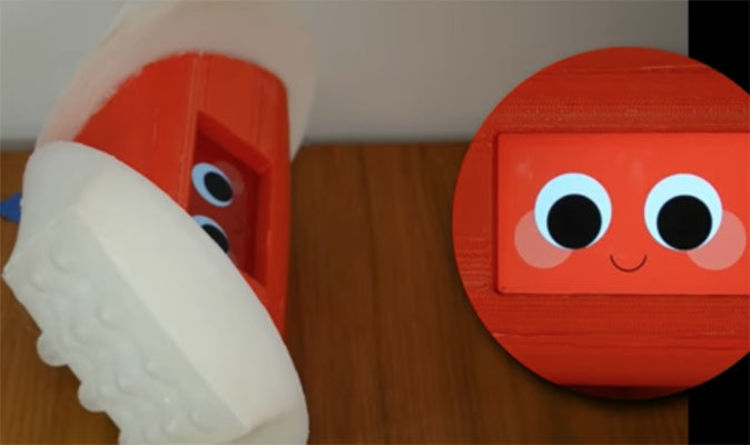 
Researchers at Cornell University have designed a small robot which can convey emotion through touch.

The small bot can get goosebumps to express delight or excitement or send out little spikes when it is scared – mimicking the skin of octopi.

The machine, which has rubber skin, was designed as a prototype for future robotic projects.

Equipped with a small face which matches the skin in terms of emotion, the researchers say that the skin compares to “human goosebumps, cats’ neck fur raising, dogs’ back hair, the needles of a porcupine, spiking of a blowfish, or a bird’s ruffled feathers.”

The team, which consists of Cornell scientists Yuhan Hu, Zhengnan Zhao, Abheek Vimal and Guy Hoffman, say that the emotional skin could allow robots to interact with people who are hearing-impaired and also situations where quietness is required.

They told IEEE Spectrum: “Research in human-robot interaction shows that a robot’s ability to use nonverbal behaviour to communicate affects their potential to be useful to people, and can also have psychological effects.

“Other reasons include that having a robot use nonverbal behaviours can help make it be perceived as more familiar and less machine-like.

“Skin texture change is more apparent in other animals.

“However, it should be noticed that we humans also present skin texture changes due to the external or internal stimuli, for example goosebumps.

“Compared to the more traditional nonverbal channels there has also been much less research mapping skin texture changes to emotions, whereas facial expression and body movements have a rich history of emotion mapping, from the arts to the biological and social sciences.”

Forests at Risk of Burning an Extra 30 Days a Year Without Climate Action : ScienceAlert
Mummies With Golden Tongues Discovered in Ancient Egyptian Necropolis : ScienceAlert
Crocodiles Seem to Be Thriving in a Toxic River That’s More Like a Sewer. Here’s Why : ScienceAlert
These Mysterious Fungi Belong to an Entirely New Branch on The Tree of Life : ScienceAlert
A Tobacco Plant Has Been Engineered to Produce Cocaine in Its Leaves : ScienceAlert