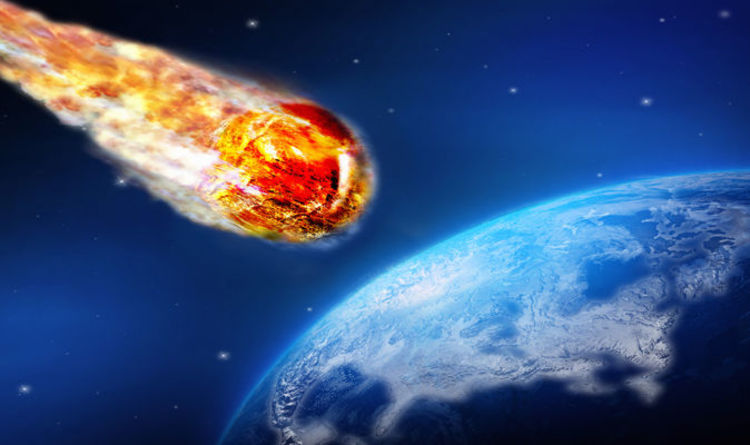 
Between 2013 and 2016, space boffins at the International Astronomical Union’s Minor Planet Centre in Cambridge, Massachusetts, discovered some 17,030 near-Earth asteroids (NEAs) which were orbiting the sun and coming uncomfortably close to our planet.

More than 8,000 of these NEAs are at least 140 metres wide which is big enough to wipe out an entire city.

However, it has now been revealed that 900 of these NEAs have gone off the radar, and scientists say there is a chance they could one day hit Earth.

To discover why experts lost track of a large proportion of the space rocks, researchers from the Minor Planet Centre combed through the data.

The most common reason was the asteroids were moving too slow to track their orbits.

NEAs are usually discovered by artificially intelligent powered telescopes which scan the skies for evidence of asteroids.

The machines then submit their findings to astronomers – but sometimes there can be a 20 hour delay between the submission and the review, which makes it difficult for the humans to spot the asteroids again.

And researchers now warn that if there is not a quicker process, it could prove devastating for Earth.

“Tomorrow, that object could be on the other side of the sky, and nobody really knows where it will be.”

Dr Vereš believes that all of the larger asteroids are counted for, but it is the ones that are undiscovered that we should be worried about.

He continued: “We believe that the largest ones – planetary killers larger than one kilometre – those are basically all found.

“I would say the danger is coming from objects we haven’t discovered yet.”