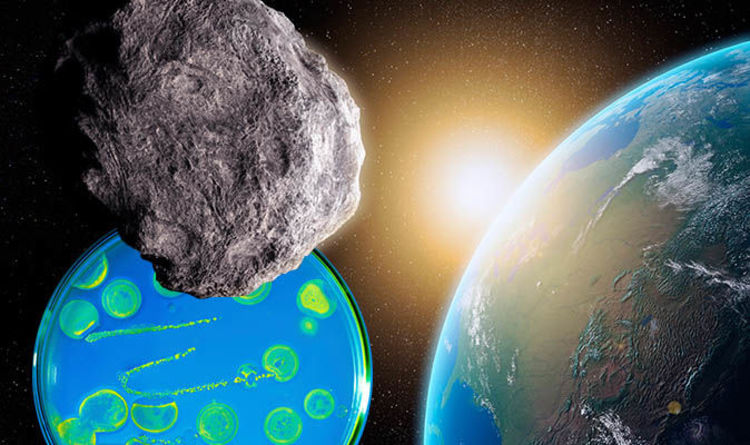 
The compounds which are vital to support life were found on two meteorites which are approximately 4.5 billion years old and the same age as the Earth.

While the new discovery does not mean the meteorites ever contained life it may point as to how extraterrestrial life may be present elsewhere in the universe.

The meteorites, named Zag and Monahans, are said to have originated from the asteroid belt, between the orbits of Mars and Jupiter.

They were first examined when they fell to Earth in Morocco and Texas in 1998 and were found to contain liquid water.

At the time though the technology did not exist to detect tiny amounts of amino acids.

But with the development of powerful spectrometers and ion beams, researchers have examined the rocks again and been able to analyse the salt crystals that were found in both rocks.

The finding was made by an international team of researchers, which included scientists from the Open University (OU) in the UK and Nasa‘s Johnson Space Centre in Texas.

The study’s lead author Dr Queenie Chan, a postdoctoral researcher at the UK’s Open University, said: “We collected the tiny salt crystals from the meteorites and dissolved them in water so that we could extract the amino acids and separate any organic compounds to analyse them.

“We conducted our experiments in one of the cleanest laboratories in the world at the NASA Johnson Space Centre, which avoided any contamination from things such as dust in the air.”

Researchers say the salt in the halite crystals that became embedded in Zag and Monahans may have originated from the dwarf planet Ceres, which is located between Mars and Jupiter in the asteroid belt.

But the meteorites are believed to have originated from a different asteroid in the belt.

Dr Chan said: “Each salt crystal, which is about two millimetres in size and the colour of a blue sapphire, is essentially a little package full of organic compounds and the necessary building blocks of life.

“What’s even more incredible is that the salt crystals from both meteorites are believed to be from the largest asteroid in the asteroid belt, Ceres, which suggests that it could be a suitable place for the formation of life.”

Amino acids form the basis of proteins and hydrocarbons are organic compounds made up of hydrogen and carbon that are extremely common in living beings.