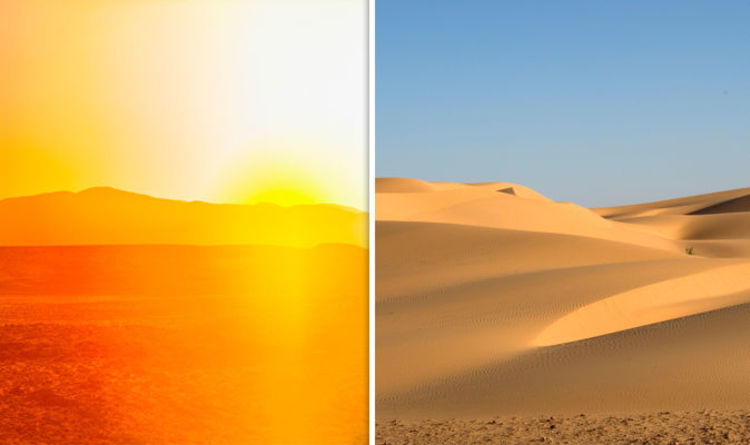 
The average temperature of the globe is continuously rising, and scientists believe that by 2050, we will be living on a dangerously hot planet.

If the world’s temperature rises by two degrees, it could mean more than a quarter of the world’s could become even drier.

Although the number does not seem very high, any changes to the globe’s delicate ecosystem can prove catastrophic.

A new study has revealed that if this projected temperature rise comes to fruition, around 20 to 30 per cent more of the land on Earth could become a desert – a process known as aridification.

The research, published in the journal Nature Climate Change, adds there would also be an increase of the risk of droughts, wildfires and rising sea levels as a result of melting ice caps.

Dr Chang-Eui Park, from the Southern University of Science and Technology (SUSTech) in Shenzhen China, said: “Aridification is a serious threat because it can critically impact areas such as agriculture, water quality, and biodiversity. It can also lead to more droughts and wildfires – similar to those seen raging across California.

“Another way of thinking of the emergence of aridification is a shift to continuous moderate drought conditions, on top of which future year-to-year variability can cause more severe drought.”

Already, about one third of the land is a desert.

However, the researchers say if the global temperature rises by 1.5 degrees celsius, it could save a lot of land.

Dr Manoj Joshi from UEA’s School of Environmental Sciences said: “Our research predicts that aridification would emerge over about 20-30 per cent of the world’s land surface by the time the global mean temperature change reaches 2C. But two thirds of the affected regions could avoid significant aridification if warming is limited to 1.5C.”

Dr Su-Jong Jeong from SUSTech said: “The world has already warmed by 1C. But by reducing greenhouse gas emissions into the atmosphere in order to keep global warming under 1.5C or 2C could reduce the likelihood of significant aridification emerging in many parts of the world.”

Termites Love Global Warming So Much That They May Make It Worse, Says Study : ScienceAlert
Experts Estimate The Scale of The Nord Stream Pipelines Methane Leak : ScienceAlert
We Just Got Our Closest View of Europa in 20 Years, And We Can’t Stop Staring : ScienceAlert
Bitcoin’s Climate Impact Is Bigger Than Beef Farming – And It’s Only Getting Worse : ScienceAlert
These Are The Most Distant Star Clusters Ever Seen, And We Nearly Missed Them : ScienceAlert