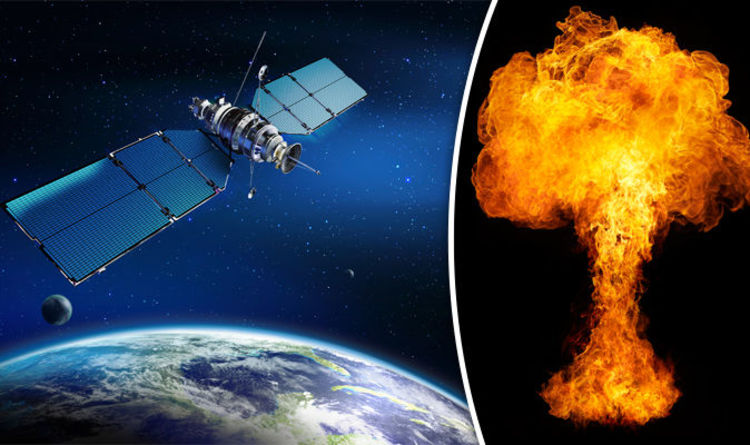 
The massive eight tonne ‘space lab’ named Tiangong-1 was lost by Chinese officials in March of 2016, and for months experts failed to find it.

However, the “space lab” went offline in 2016, and now the huge chunk of metal could land anywhere on its return.

Experts have managed to retrace the giant object, and say it will come crashing to Earth in March this year – but where it will hit remains a mystery.

While most space debris burns up once it re-enters the atmosphere, the sheer size of the satellite means it will be largely intact once it crashes into our planet.

According to website Aerospace, anywhere between 10 to 40 per cent of the satellite could remain following its re-entry into the atmosphere.

This means up to 8,000 pounds of solid metal debris could come hurtling towards Earth at up to 300 kilometres per hour.

However, the possibility of being struck by debris from Tiangong-1 is almost impossible, with experts believing there is a one in one trillion chances that a person could be hit by the surviving debris.

Chinese authorities have stated they will give a warning as early as possible as to when and what it might hit.

Wu Ping, deputy director of the manned space engineering office, said: “Based on our calculation and analysis, most parts of the space lab will burn up during falling.

“Now, China will continue to monitor Tiangong-1 and strengthen early warning for possible collision with objects.”

However, some experts believe its collision with Earth cannot be predicted.

“Even a couple of days before it re-enters we probably won’t know better than six or seven hours, plus or minus, when it’s going to come down.”

Deep Brain Simulation Could Alleviate OCD When Other Treatments Have Failed : ScienceAlert
A Rare Condition Makes Hair Truly Untamable, All Thanks to These Genes : ScienceAlert
Ancient Burial of a Young Girl Shows How We Carried Our Babies 10,000 Years Ago : ScienceAlert
Diamond From 660 Kilometers Below Earth’s Surface Reveals a Water-Rich Environment : ScienceAlert
Still Short of Breath? Here Are 3 Ways COVID-19 Can Damage Lungs Long Term : ScienceAlert