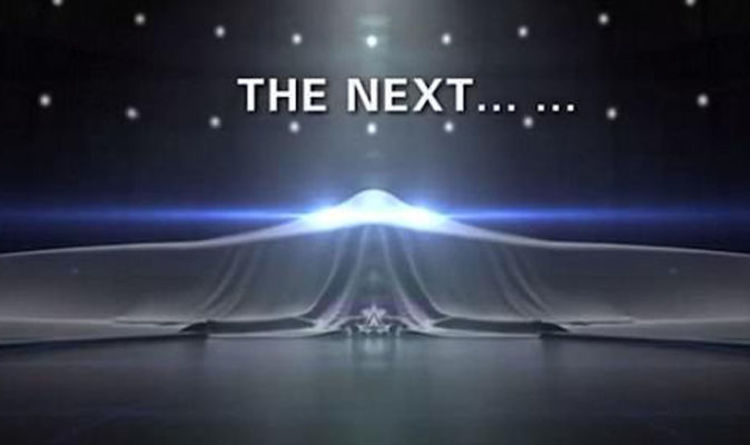 
In a short video released by state-owned Xi’an Aircraft Industrial Corporation, images show what appears to be an aircraft under a large white sheet.

The clip is accompanied by bold text, which reads: “The Next…”

It is thought to be the next generation H-20 stealth bomber from China and the aircraft could be devastating for anyone planning to take on the east Asian country in war.

China Military magazine quoted General Ma Xiaotian, former chief of the Chinese Air Force, who said: “We are now developing a new-generation, long range strike bomber that you will see sometime in the future.”

Shi Jian of Aviation World Monthly magazine said: “I think the new bomber will be unveiled to the public in the near future.

“It is not uncommon for the PLA (People’s Liberation Army Air Force) to make public its top weapons before their delivery thanks to the increased level of transparency and confidence brought about by our technological advancement.”

Despite claims of transparency, a lot has remained secret about China’s new bomber, including the aircraft itself.

China aviation expert Fu Qianshao told the state-run Global Times that the H-20 is likely to be similar to the US B-2 stealth bomber, meaning that it will have an expected range of 7,450 miles (12,000km), putting Australia easily in its range as well as the west coast of the United States.

What’s more, the Xi’an Aircraft Industrial Corporation took a subtle swipe at the United States when teasing the aircraft.

The advert is extremely similar to one run by weapons manufacturer Northrop Grumman for the B-21 bomber, which also showed an aircraft under a large white sheet.

China has also recently revealed a second ocean aircraft carrier which has been sent out for testing.

The ship has been dubbed as Type 001A (CV-17) and is reverse engineered from a modified version of an aircraft carrier bought from Ukraine in 1998.

The carrier had been supposed to be turned into a casino, but once the People’s Liberation Army Navy (PLAN) got its hands on it, the army experimented with to find out the strengths and weaknesses.

Type 001A is now on its way to a designated testing zone in the Bohai sea.

China now has two aircraft carriers in its fleet following the launch of the Liaoning in 2012.

Mars Once Had So Much Water, It Could Have Been An Ocean World, Scientists Say : ScienceAlert
Giant Asteroid Unleashed a Devastating Martian Megatsunami, Evidence Suggests : ScienceAlert
It Sounds Crazy, But Walking Backwards Is Really, Really Good For You : ScienceAlert
We May Finally Know How Lightning Gets Its Zigzag Shape : ScienceAlert
Forests at Risk of Burning an Extra 30 Days a Year Without Climate Action : ScienceAlert