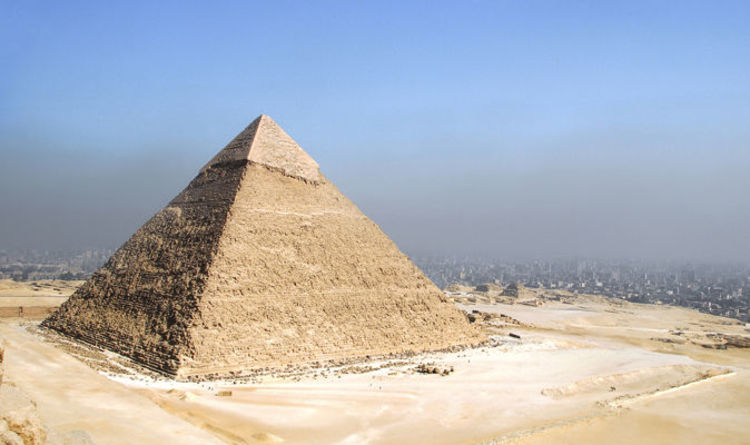 
The exact coordinates of the Great Pyramid of Giza are 29.9792458°N which by itself means very little.

However, some enthusiasts have noticed the number is exactly the same as the speed of light which travels at 299,792,458 metres per second.

The strange coincidence was brought to light in a YouTube video uploaded by J. Dobbs.

But it is not the only coincidence, which has some suggesting that the Ancient Egyptians were more in tune with the universe than historians believe.

While it is known that the Ancient Egyptians were very advanced for their time – the civilisation continues to baffle modern scientists with academics still unsure how the pyramids were built without the use of technology and machinery.

One of the most famous aspects of the Great Pyramid of Giza is the fact it is aligned true north.

And if you take the mass of the Great Pyramid at nearly six million tons and multiply it by a factor of one hundred million, it gives you the overall mass of the Earth.

However there are those that believe these are just coincidences.

Academics believe the metre was not officially measured until the 1700s and ancient Egyptians actually measured in cubits – which is between 444 mm and 529.2 mm long.

Website MetaBunk argues: “If they actually knew about the metre one would expect them to use such unit for measurement as well. They simply did not.”

It adds: “A matching sequence of five digits is not particularly strange or extraordinary. People have won the lottery matching far longer sequences than just five digits.

“Sometimes numbers simply match up without any connection whatsoever. So because this argument require some forcing we can conclude that this is likely nothing but a coincidence.”