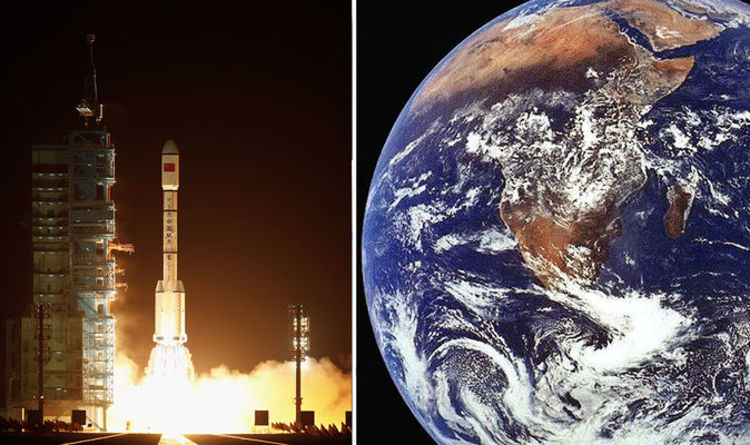 
Though scientists say the likelihood of arriving in parts of Europe, US, Australia and New Zealand are high, they cannot predict where it will hit.

The US-funded Aerospace Corporation estimates Tiangong-1 will re-enter the atmosphere around the first week of April, but it could arrive even sooner than that.

The European Space Agency says the module will descend between the 24th of March and 19th of April.

China admitted it had lost control of Tiangong-1 in 2016 and said they would be unable to perform a controlled re-entry.

The statement from Aerospace said there was “a chance that a small amount of debris” from the module will survive re-entry and hit Earth.

The research organisation, which advises government and private enterprise on space flight, said: “If this should happen, any surviving debris would fall within a region that is a few hundred kilometres in size.”

They also warned that the space station might be carrying a highly toxic and corrosive substance called hydrazine.

The report includes a map showing the module is expected to re-enter somewhere between latitudes 43° north and 43° south.

This means the chances of re-entry are slightly higher in northern China, the Middle East, central Italy, northern Spain, the northern states of the US, New Zealand, Tasmania, parts of South America and southern Africa.

When speaking of the chance that debris could hit directly, they said: “When considering the worst-case location…the probability that a specific person (ie, you) will be struck by Tiangong-1 debris is about one million times smaller than the odds of winning the Powerball jackpot.

“In the history of spaceflight no known person has ever been harmed by re-entering space debris.

Jonathan McDowell, an astrophysicist from Harvard University, said fragments from a similar-sized rocket re-entered the atmosphere and landed in Peru in January.

McDowell said Tiangong-1’s descent had sped up in recent months and was now falling by roughly 6km a week, compared to 1.5km in October.

He noted: “Every couple of years something like this happens, but Tiangong-1 is big and dense so we need to keep an eye on it.

“I would guess that a few pieces will survive re-entry. But we will only know where they are going to land after after the fact.”

The Tiangong-1 (or Heavenly Palace lab) was launched in 2011 and described as a “potent political symbol” of China – part of a scientific push to become a space superpower.

Scans of Mummified ‘Golden Boy’ Reveal He Was Covered in Magical Protections : ScienceAlert
Intriguing Meteorite From Mars Reveals ‘Huge Organic Diversity’, Scientists Say : ScienceAlert
One Simple Idea Makes It Much Easier to Manage Your Weight Over Time : ScienceAlert
Our Body Temps Have Been Dropping For 160 Years. Gut Microbes May Be Playing a Role : ScienceAlert
This Physicist Says Electrons Spin in Quantum Physics After All. Here’s Why : ScienceAlert