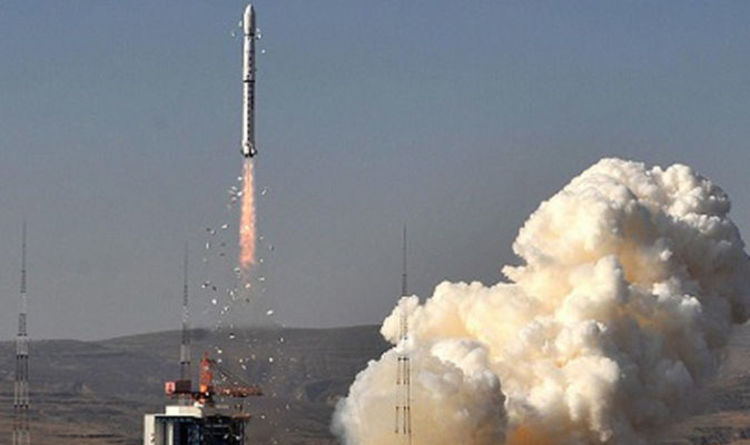 
Potatoes will be among the first veggies sent on a two-stage mission to the Moon and they will be joined by silkworms in an attempt to create a simple sustainable ecosystem.

Chang’e 4, the latest mission in the ambitious Chinese Lunar Exploration Program (CLEP),  will use a Long March 4C rocket to put an initial satellite in orbit around the Moon in June this year.

Six months later a Moon lander and rover will follow – and, more importantly, so will the seeds and insects of the mini eco-system.

The exact details are being kept under wraps but the lander is believed to be targeting the South Pole-Aitken Basin – a massive impact crater where vast quantities of water ice brought to the moon on meteors and asteroids is known to exist.

Zhang Yuanxun, chief designer of the eco-system plan, said: “The container will send potatoes, arabidopsis seeds and silkworm eggs to the surface of the Moon.

“The eggs will hatch into silkworms, which can produce carbon dioxide, while the potatoes and seeds emit oxygen through photosynthesis. Together, they can establish a simple ecosystem on the Moon.”

He added the container will be covered by a layer of insulation for maintaining temperature and equipped with ‘light pipes’ to make sure that growth of plants and insects is not affected.

Consistent energy will be supplied to the container by high-density batteries specially designed for the mission. The development of the container was carried out by Chongqing University and 28 other universities in China.

Robot Shows It’s Possible to Swim Through The Emptiness of a Curved Universe : ScienceAlert
Many Cat Lovers Are Giving Their Cats Unwanted Affection, Study Suggests : ScienceAlert
Astronomers Charted The Sun’s Life, And This Is How The Story Ends : ScienceAlert
This Artificial Synapse Can Run a Million Times Faster Than Ones in The Human Brain : ScienceAlert
New Predictions Reveal The Fate of The World’s Biggest Ice Sheet if We Don’t Act : ScienceAlert