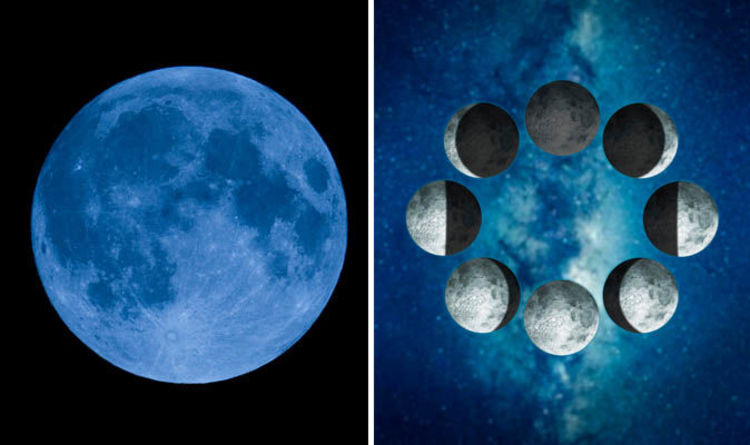 
Unfortunately for those observed NASA’s incredible “Supermoon Trilogy” between December 3 and January 31, February will not give rise to another full moon.

Instead, this month will give birth to a dark, new moon on Thursday February 15. During this lunar phase, the Moon is too close to the Sun in the sky to be visible.

But a second blue moon of the year is just around the corner.

A full moon typically rises every 29.5 days, and on those magical nights when the conditions are just right, a second full moon will rise in one calendar month. This is known as a blue moon.

Because February is only 28 days long this year, the third full moon of the new year will rise on Friday March 2.

In traditional folklore the March full moon is known as the sap moon, crow moon or lenten moon, though it is most commonly referred to as the worm moon.

Shortly after, the March full moon will be followed by the second blue moon of the year on Saturday March 3 – the pink moon.

Royal Observatory Greenwich said blue moons typically only happen once about every two to three years.

A double-billed blue moon spectacle like this has also not happened since 1999 and will not repeat itself until 2037. It is a once-in-a-lifetime opportunity for some.

“This will next happen in the year 2048, when a monthly Blue Moon falls on January 31, and a seasonal Blue Moon on August 23.”

Skywatchers were treated to a breathtaking total lunar eclipse on Wednesday, and there is another one in the pipelines for January 21 2019.

The January 21 eclipse will also coincide with a supermoon event, when a full moon approaches its point of perigee – its closest orbital distance to Earth.

New Predictions Reveal The Fate of The World’s Biggest Ice Sheet if We Don’t Act : ScienceAlert
Plants Have Been Keeping a Secret From Us About How Thirsty They Actually Are : ScienceAlert
Deep-Sea Sponges Can ‘sneeze’ Out Mucus, and The Footage Is Weirdly Mesmerizing : ScienceAlert
Record-Breaking Experiment Could Solve a Huge Challenge in Quantum Computing
A Common ‘Forever Chemical’ Has Just Been Linked to Liver Cancer in Humans : ScienceAlert