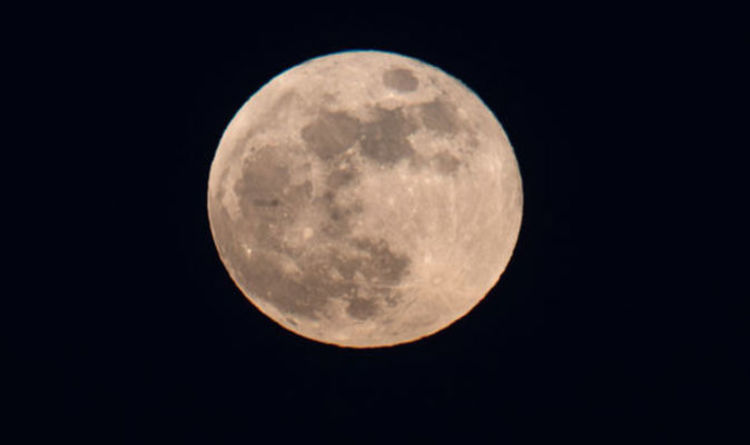 
A blue moon is a rare celestial event, as it only occurs when there is a second full moon in one calendar month.

While a full moon is not rare, to see two in the space of some 30-odd days is – as the event only happens once every 2.7 years.

And this year is particularly special, as this is the second blue moon of 2018 due to the fact February did not see a full moon.

This lunar phenomenon is even more rare. In fact, the last time two blue moons were seen in one year was in 1999.

When is the blue moon due to rise tonight?

The next blue moon is not expected to grace the skies until October 2020.

The first full moon of 2018 took place on January 1, the night of New Year’s Day, and was also visible on the morning of January 2nd.

The second took place on the night of January 31, with the third happenign earlier this month.

Is a blue moon actually blue?

Unfortunately for keen astronomers, a blue moon does not mean the moon will actually turn blue.

The Royal Observatory Greenwich explained: “There are two different definitions of a blue moon: in one there are two blue moons in 2018 whereas in the other, there aren’t any at all!

“In any case, these are fairly common events, happening once every two to three years.

“Most Blue Moons look pale grey and white, indistinguishable from any other moon you’ve ever seen,” according to NASA.

“Squeezing a second full moon into a calendar month doesn’t change the physical properties of the moon itself, so the colour remains the same.”

However, you still will be able to see the full moon tonight – regardless of whether it changes colour.

Affelia Wibisono, astronomer at Royal Observatory Greenwich said the moon will be visible throughout the night.

She said: “The moon will rise at 7.30pm and weather permitting it will be visible for the entire night.

“It will rise in the south east and head towards the west throughout the night.”

Sword Mistaken For Replica Is Actually An Ancient 3,000-Year-Old Weapon : ScienceAlert
Scientists Reveal The Most Distant Galaxy We’ve Ever Found : ScienceAlert
Babies May Not Be Born With a Microbiome After All, Scientists Say : ScienceAlert
JWST Has Found Life’s Elemental Building Blocks in The Depths of Darkest Space : ScienceAlert
One Simple Idea Makes It Much Easier to Manage Your Weight Over Time : ScienceAlert