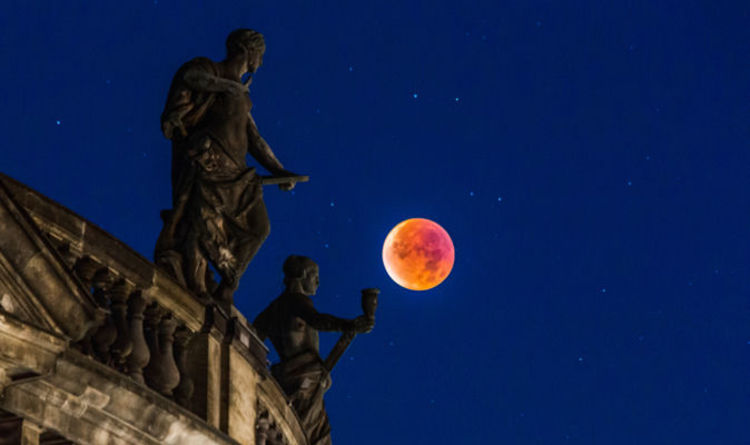 July 27 will see a Blood Moon in the night sky, coloured an eerie shade of red

This year has been a treat for sky gazers, with a once-in-a-lifetime lunar event, the Super Blue Blood Moon occurring on January 31.

The second of two lunar eclipses this year is due to happen on July 27, with the moon turning an eerie shade of red.

The change of colour to the moon occurs as in blocking out the sun, the earth reflects indirect light onto the moon which becomes filtered.

This filtering effect is known as Rayleigh scattering, which excludes green and violet light meaning red and orange tones reach the moon.

A Supermoon happens when the moon is full at its closest rotation to the earth, and a blue moon is when a second full moon occurs within a single calendar month.

Unfortunately, UK residents couldn’t see the Super Blue Blood Moon due to its position in the sky.

However, those in the UK wanting to catch a glimpse of July’s Blood Moon are in luck, as the moon will be visible during the peak of its total eclipse.

Astronomers have revealed that this lunar eclipse will be the longest to take place this century.

The total eclipse will last for one hour and 43 minutes, with the moon remaining entirely in shadow for the full 103 minutes.

That is nearly 40 minutes longer than the Super Blue Blood Moon in January.

Astronomer Bruce McClure has said that the eclipse will reach its peak around 9.22pm BST. 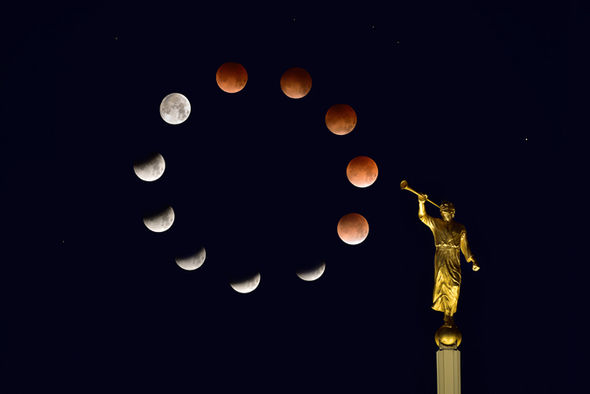 The Blood Moon occurs during a total lunar eclipse

This total eclipse will last for so long as the moon is at its furthest possible point from the earth, making it take longer to pass through the earth’s shadow than usual. 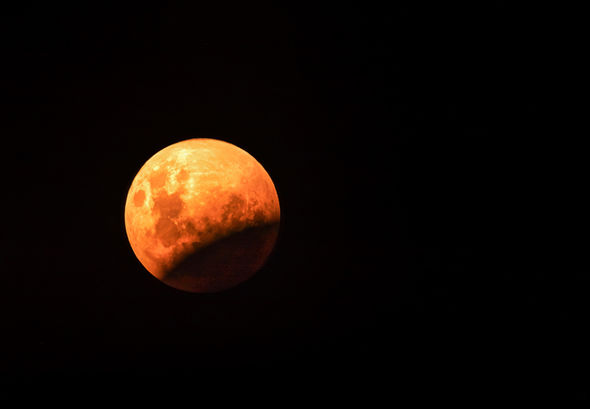 July’s total eclipse will be the longest eclipse this century

Lasting longer than any eclipse between 2001 and 2100, July’s Blood Moon will be the longest eclipse in this century.

The moon has an elliptical orbit around the earth, and the distance it is from the earth varies throughout the month and year.

When the Moon reaches its apogee during a full moon, it is known as a Micromoon.

Here are all the timings and directions for the Blood Moon on July 27 in BST: 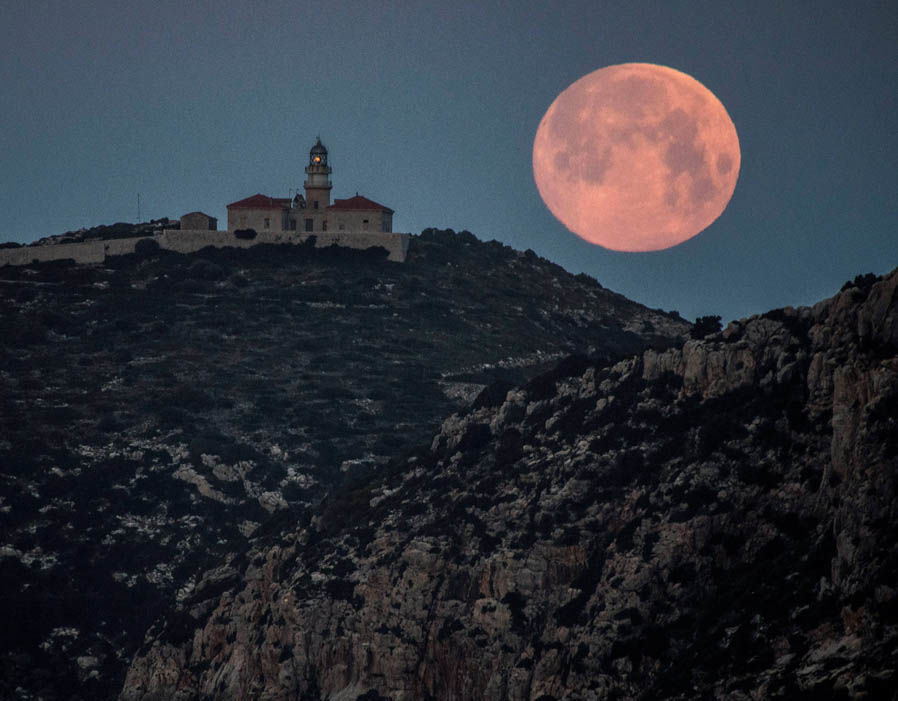 9.21pm – Maximum eclipse (very low in the southeast): the Moon will be closest to the centre of the Earth’s shadow.

10.13pm – Total eclipse ends (Low in the southeast): the Moon will begin to leave the shadow of the Earth and will be in partial shadow.

11.19pm – Partial eclipse ends (Low in the southeast): The Moon has left the shadow and no longer appears red.

12.28am – The eclipse ends (Fairly high in the south): The Moon will have left the Earth’s shadow completely and will appear darker than usual.

If you are unable to stargaze, timeanddate.com will be showing a live stream of the Blood Moon on their website.

Earth’s Oxygen Came From an Unexpectedly Deep And Hot Source, Study Suggests : ScienceAlert
Psychologists Found a Weird Trick That Changes How Food Tastes : ScienceAlert
Small Lakes Keep Growing Across The Planet, And It’s a Serious Problem : ScienceAlert
We May Finally Know How Lightning Gets Its Zigzag Shape : ScienceAlert
Engineers Propose an Ambitious Plan to Bury Excess Carbon at The Bottom of The Ocean : ScienceAlert