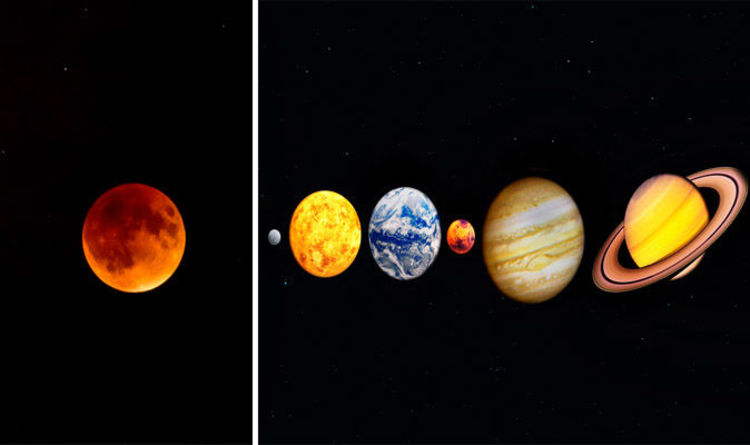 
The Blood Moon will rise on July 27, but star enthusiasts will also have their eyes on other spectacular phenomena in the sky.

In the coming weeks, Mercury, Venus, Jupiter, Saturn and Mars will all be visible to Earthlings and the Red Planet will come the closest it has been to us in fifteen years.

To spot the planets, experts recommend using the moon as a guide.

Mercury is currently visible, but was actually closest to Earth on July 11. However, it will now move farther way from us and will not be seen after August 8.

Mars will be closest to the Moon on July 27 – the same night as the Blood Moon – and has been visible all month.

This will be followed by Venus appearing in the sky as if it were a star near the moon on August 14 – and it will remain visible in the sky until October.

Just a few days later on August 17, Jupiter, also known as the King of the Solar System due to its monumental size, will be visible next to the moon.

Saturn will then make a close approach and the ringed-planet will be visible on August 21.

He said: “It occurs when several planets happen to be on the same side of the sun in their orbits, with respect to earth.”

The Blood Moon is also set to take place at the end of the week with the lunar satellite set to take on a red tinge on July 27.

The sighting will be visible across all of the UK and it will not be difficult to spot – just look at the moon.

The Blood Moon is technically an eclipse, and the moon takes on a red tinge when it passes through the shadow cast by Earth.

Deep Brain Simulation Could Alleviate OCD When Other Treatments Have Failed : ScienceAlert
3 Major Aquatic Animal Groups Can Trace Their Lineage to This Ancient Armored ‘Worm’ : ScienceAlert
Secret Clues in Tutankhamun’s Tomb Reignite The Idea That Nefertiti Is Hidden Nearby : ScienceAlert
Bitcoin’s Climate Impact Is Bigger Than Beef Farming – And It’s Only Getting Worse : ScienceAlert
Experts Estimate The Scale of The Nord Stream Pipelines Methane Leak : ScienceAlert