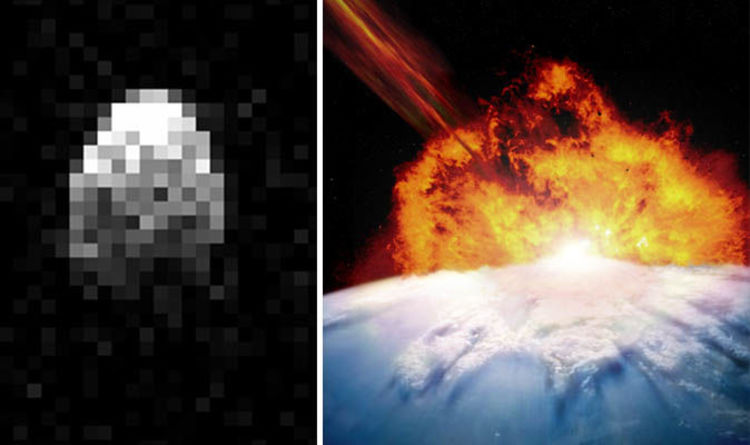 Asteroid Bennu typically swings by the planet every six years or so, with a short solar orbit of just over 436 days.

Until now, the carbon-rich hunk of rock posed no threat to humanity, but a dire warning from NASA suggests that could now change.

According to calculations by the US space agency, there is a slim chance, the nearly 500m-wide asteroid could slam into Earth.

Although the odds of this terrifying scenario are relatively low, about one in 2,700 or 0.037 percent, Bennu is a potential Earth Impactor listed on NASA’s Sentry Risk Table.

Because the asteroid passed Earth within half of an Astronomical Unit (AU) in the past, it has been listed on the Minor Planet Center’s list of Potentially Hazardous Asteroids (PHAs).

Chances are Bennu could crash into Earth sometime in the near future, 200 years away in the 22nd century.

But how destructive could a collision with an asteroid this big be? Could it wipe out all life on the planet?

With a diameter of 492m, Bennu is taller than the Empire State Building and equals the Malaysian Petronas Towers in height.

According to Dante Lauretta, professor of Planetary Science in the Lunar and Planetary Laboratory at the University of Arizona, Bennu’s impact would release “three times more energy than all nuclear weapons detonated throughout history”.

Asteroid Bennu WARNING: NASA has warned of a monstrous asteroid heading towards Earth

Professor Lauretta said: “The asteroid mass would hit the surface of the Earth at a velocity of 12.1 km/s (over 27,000 miles per hour).


“For comparison, the fission bombs used in World War II had an energy release of roughly 20 kilotons of TNT each and the most powerful nuclear weapon ever detonated, the Russian Tsar Bomba, had a yield of 50 megatons.

However Professor Lauretta argued this impact would remain largely “insignificant” on a planetary scale.

Although the impact would certainly trigger devastating earthquakes within its immediate vicinity, neither the planet’s mass nor axis would shift in the aftermath.

The space expert said: “We’re not talking about an asteroid that could destroy Earth. We’re nowhere near that kind of energy for impact.”

For reference, the asteroid believed to have wiped out the dinosaurs 65 million years ago was about 10km wide.

In fact, NASA hopes Bennu can be a benefactor for the future good of humanity through deep space mining. 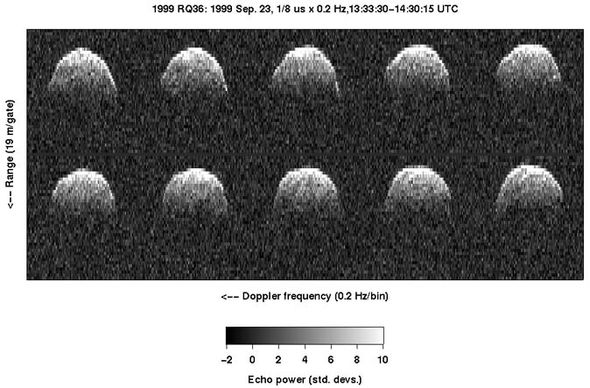 Asteroid Bennu: The monstrous space rock is about 500m in diameter

Launched in September 2016, OSIRIS-ReX will begin its approach in August this year before landing in December 2018.

NASA said: “OSIRIS-REx is a mission to figure out where we came from, as asteroids are remnants from the formation of our solar system.

“But while the spacecraft might tell us some things about where we have been and where we are headed, it also can remind us of where we are right now.” 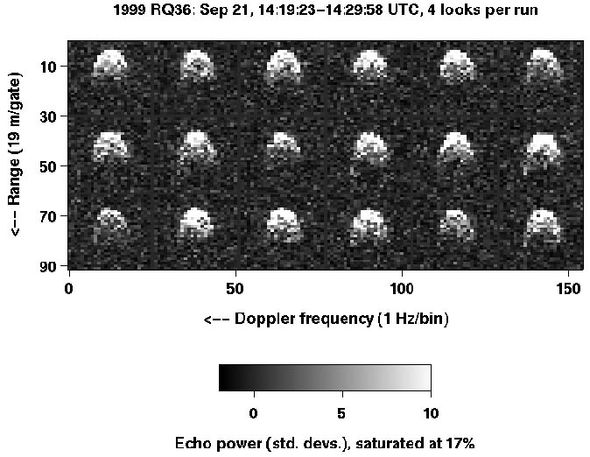 Asteroid Bennu: Odds are Bennu could hit Earth in the 22nd century

The space agency believes the asteroid could be home to organic material and even “precursors of life”.

Previous observations of Bennu have found the asteroid is less dense than rock, and is likely as stellar “rubble pile” of loosely held together dust, rock and boulders with gaps in between.

Bennu was named after an ancient Egyptian mythological bid associated with the gods Osiris, Atum and Ra.

The name was suggested by Michael Puzio, a third grader from Northern Carolina, in a University of Arizona contest.

Major Blow as Experimental HIV Vaccine Fails in Late Clinical Trial : ScienceAlert
Dozens in 7,000 Year Old Mass Grave Were Carefully Decapitated After Death : ScienceAlert
One Simple Idea Makes It Much Easier to Manage Your Weight Over Time : ScienceAlert
An Expert Explains Why The Radioactive Water Stored at Fukushima Should Be Released : ScienceAlert
Scientists Create Shapeshifting Humanoid Robot That Can Liquefy And Reform : ScienceAlert