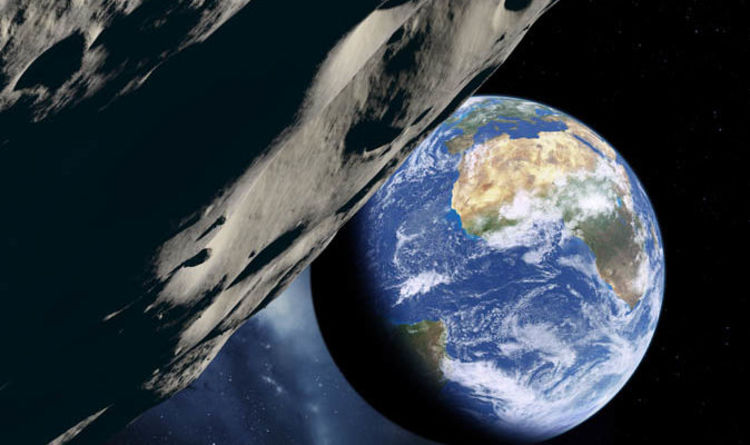 The giant rock was only spotted by NASA last Sunday and experts predict it is larger than the celestial object which exploded over Chelyabinsk, Russia in 2013.

An object measuring roughly 17m in diameter exploded above the town while hurtling through Earth’s atmosphere, shattering glass and causing hundreds of injuries.

Asteroid 2018 CB was discovered by the NASA-funded Catalina Sky Survery (CSS) on February 4.

Paul Chodas, manager of NASA’s Near-Earth Object Studies, said: “Although 2018 CB is quite small, it might well be larger than the asteroid that entered the atmosphere over Chelyabinsk, Russia, almost exactly five years ago, in 2013.

How can you watch the Asteroid 2018 CB live stream?

The Virtual Telescope Project will be hosting a live stream from Italy, starting at 8pm GMT.

The advanced robotic facility said: “The observatory is placed at 1300 metres above the sea level, in the Sonoran desert, providing one of the best skies in the world.”

Viewers can watch the live stream using the video link at the top of this article.

Asteroid 2002 AJ129 came by the planet at a distance of only 2.6 million miles (4.2 million km) – 10 times the distance of the moon – a far greater distance than the asteroid skimming past earth tonight.

Scientists Achieved Self-Sustaining Nuclear Fusion… But Now They Can’t Replicate It : ScienceAlert
Thinking Hard and Long Can Cause Brain Drain : ScienceAlert
Plants Have Been Keeping a Secret From Us About How Thirsty They Actually Are : ScienceAlert
Astronomers Charted The Sun’s Life, And This Is How The Story Ends : ScienceAlert
‘Gifted’ Dogs Seem to Have This One Characteristic in Common : ScienceAlert