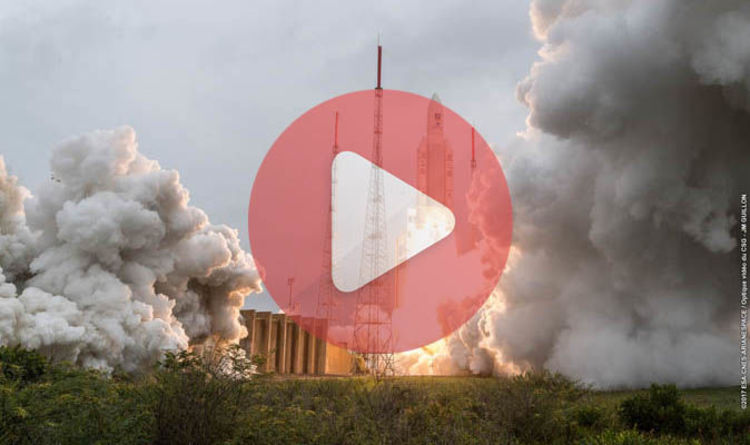 
How to watch the rocket launch

The Ariane 5 ECA rocket is due to launch from Guiana Space Centre in Kourou, French Guiana, between 10.20pm and 11.05pm on Thursday January 25.

The entire launch sequence will be available to view for free using the video link above.

The stream will begin at 10.05pm GMT, according to Arianespace, and will be available on all computers, consoles and mobile devices.

Its mission description reads: “For its first launch of 2018, Arianespace will use an Ariane 5 from the Guiana Space Centre in French Guiana to launch the SES-14 and Al Yah 3 satellites for operators SES and Yahsat (Al Yah Satellite Communications Company).

“With this 295th mission of its launcher family – the 241st utilising an Ariane launcher – Arianespace serves the ambitions of leading satellite operators, both globally and regionally.”

Founded in 1980 in France as the world’s first commercial launch service, Arianespace’s mission is to “guarantee independent access to space for Europe”.

The company has launched more than 550 satellites into orbit since its inception nearly 40 years ago and, mid-noughties, was the go-to company for firing satellites into space.

However, Arianespace has recently come under fierce competition from Elon Musk’s SpaceX and, in 2015, was forced to make significant cutbacks.

“Therefore things have to change … and the whole European industry is being restructured, consolidated, rationalised and streamlined.

“If you’re going to reduce costs then what does that mean? It means a reduction in jobs – SpaceX is achieving a lot with a lot fewer people than there are present in the European industry.”

Despite going through a rough patch, Arianespace is working on its new  Ariane 6 vehicle, which could make its maiden voyage in 2020.