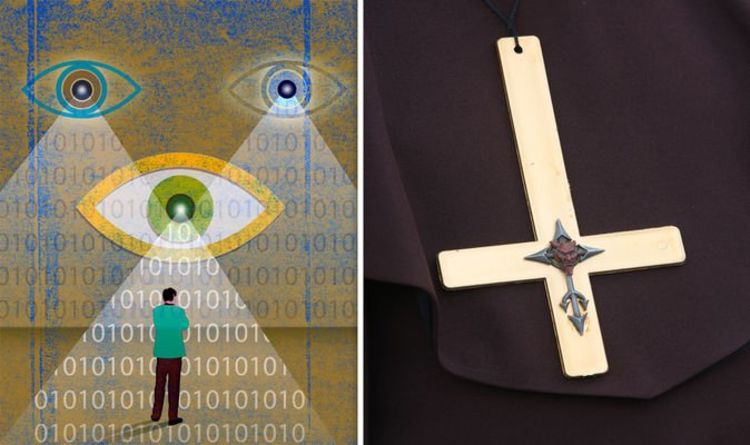 
A group of Christians are pointing to passages in the Bible which feel eerily familiar in today’s world, and could be a sign of the beginning of the end. The first such example being pointed at by Christian conspiracy theorists is the social credit system which has been established in China. As part of the nation’s controversial system, civilians will have their bad behaviour checked against their name.

The offences are somewhat ambiguous but can range from very serious to smaller grievances.

They include bad behaviour on public transport, spreading false information or smoking on trains, as well as being in debt and not paying fines.

The credit system has already been used to prevent fast internet speeds and for citizens with bad behaviour from gaining a loan.

Another example is India’s has established the largest biometric database in the world, where citizens have to enter various biometric data such as fingerprints and iris scans on to the record.

Thirdly, a recent survey has found that 25 percent of Europeans would prefer an artificially intelligent government over humans, with the argument being robots could not do a worse job than politicians.

All of these are tantamount to a Big Brother state, and the beginning of the apocalypse.

Certain quarters of Christianity are pointing out to the Bible passage Revelation 13:16-17, which reads: “It also forced all people, great and small, rich and poor, free and slave, to receive a mark on their right hands or on their foreheads, so that they could not buy or sell unless they had the mark, which is the name of the beast or the number of its name.”

Website Sign Post of the Times says: “All these developments are driving the world towards what bible prophecy has warned will be the future of this world during the time of the reign of Antichrist.

“Once again, the news of the day and the prophecies of the bible are looking more and more the same as we gather speed towards the time known as the ‘Time of Jacobs Troubles’, and the ‘Great Tribulation’.

“Keep strong, and keep looking upwards, for certainly your redemption is drawing closer and closer every day.”

Scientists Are Figuring Out Why Some People Can ‘Hear’ The Voices of The Dead
‘Brain Androgyny’ Is Surprisingly Common And May Boost Mental Health, Scientists Say
The Oldest City in The Americas Is an Archeological Wonder, And It’s Under Invasion
Male Mantises Evolved a Vital Trick to Avoid Being Decapitated After Sex
Physicists Observe Fleeting ‘Polaron’ Quasiparticles For The First Time