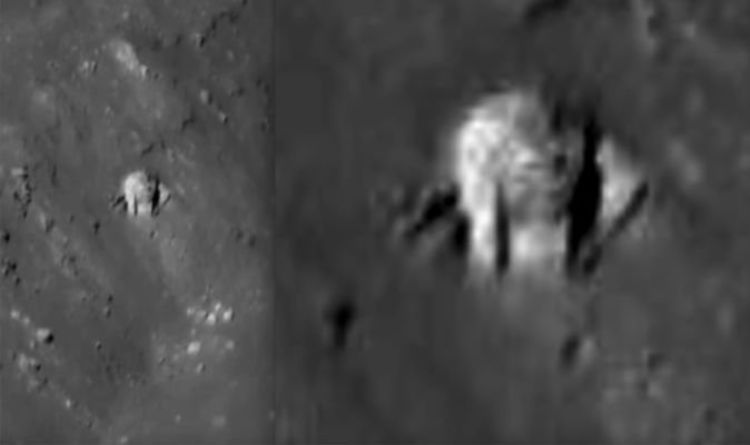 
After browsing through old NASA satellite images, one UFO hunter believes he has spotted evidence of an alien base on the moon. The apparent base looks to have a huge circular dome in its centre with two connecting structures on either side. The image from NASA is from 2014, and prominent conspiracy theorist Scott C Waring has reported on the image before – although he says he is being censored by the space agency so he can not report his supposed alien discoveries.

Mr Waring wrote on his blog UFO Sightings Daily: “Now I wanted to check an old discovery of mine back from 2013-14 to see if it was still there.

“This is really an incredible structure. The round dome is the main part, but there are three other connecting structures that just make this one of the most important pieces of evidence to date.”