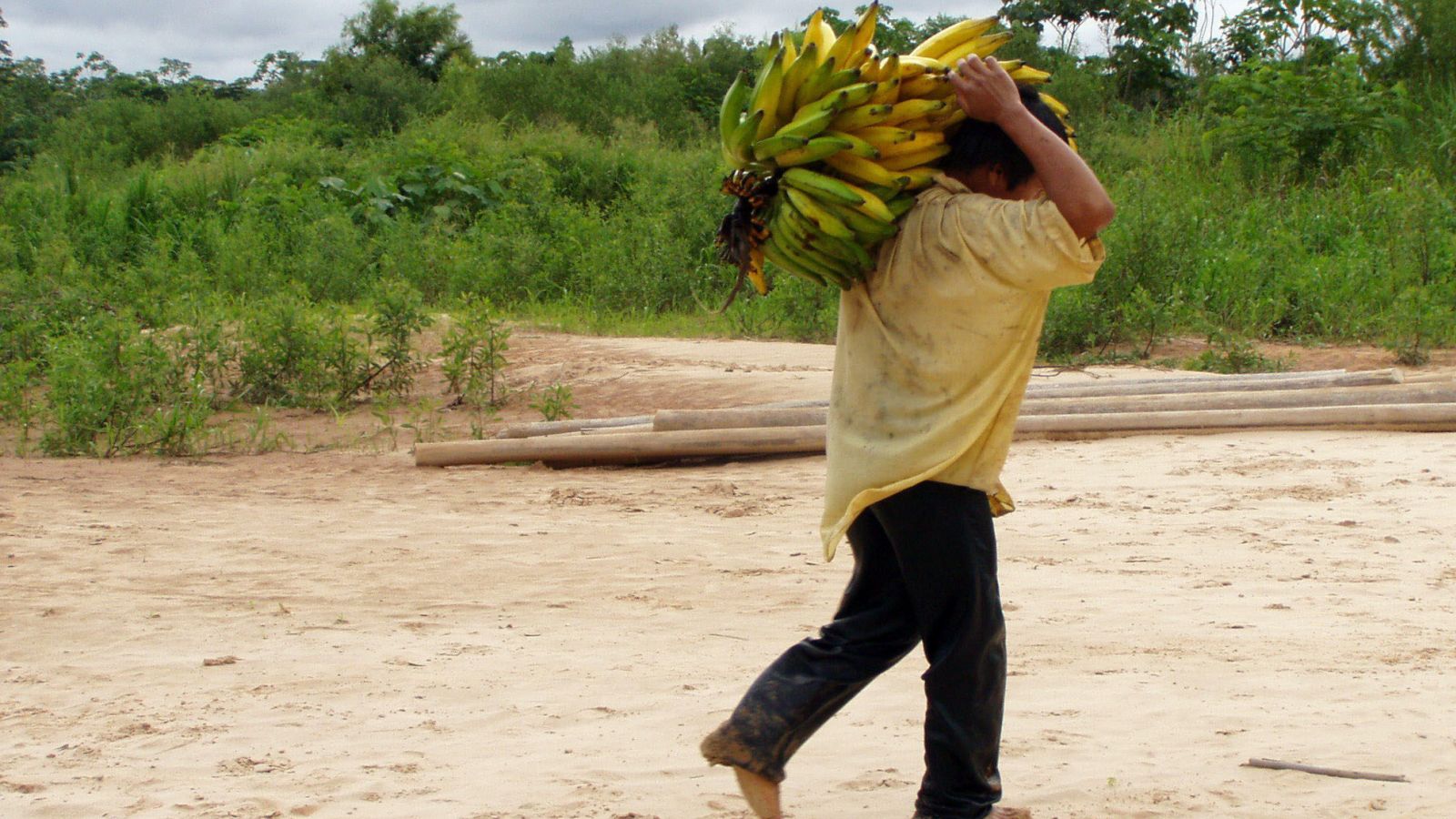 
A group of indigenous people in Bolivia are famous for their healthy hearts, but a new study shows that they are experiencing higher rates of obesity after the introduction of processed cooking oils to their diet.

People who live in the few remaining societies that mostly gather and farm their food are well known for being physically fit. But new research suggests that the more these people have started to interact with the outside world, the more their diets have changed, with potentially negative impacts on their health.

The Tsimané are an indigenous group based in the South American country of Bolivia. Like several other communities in the world, the Tsimané sustain themselves primarily through the farming of small crops as well as foraging and hunting. This vanishingly rare method of survival has made them a keen area of interest for scientists, from anthropologists to biologists.

Among the fascinating discoveries made about the Tsimané and similar groups involves their hearts. While they are more likely to die young, often due to infectious disease, they famously almost never develop heart disease. And compared to every other group of people living in the industrialized world, their cardiovascular system is pristine. What makes this comparison all the more astonishing that their average level of physical activity is not that much higher than that of the average American, and they actually eat more daily calories.

A U.S. government-led trial may confirm the worst fears of anyone whose diet starts and ends in the …

Like so many foraging societies in the past, however, the Tsimané are increasingly coming into contact with the rest of the world. Some of this exposure is forced, as mining and lumber companies have illegally violated their land rights, devastated their environment, and pressured them to move closer to cities and urban settlements. But their overall population is also growing, putting a strain on their resources. As a result, the Tsimané are starting to take jobs to earn wages and send their children to school.

In a paper published this June in Obesity, researchers studying the Tsimané say this shift is already starting to change their bodies. They looked at eight years of data on Tsimané adults over the age of 20, dating back to 2002, when the Tsimane Health and Life History Project first began. This data not only included measurements of their heart health and body mass index, but diaries of their eating habits; all told, more than 300 Tsimané were included in the study.

These rates are still far below those seen in other groups of people. In the U.S., for instance, over two-thirds of adults are overweight, and nearly half are obese. And as recently as 2015, according to a 2017 study, the Tsimané still have very low rates of cardiovascular disease.

But some of the current findings suggest their heart health is likely changing for the worse, and it’s not a great sign for people living elsewhere in the world. Even though their average calorie intake didn’t change much, the increased use of cooking oil was linked to higher BMI among Tsimané women. By 2010, nearly a third of households reported using cooking oil bought from stores, and it was the only food clearly linked to increased BMI, even as other foods like sugar or refined grains were also more commonly eaten.

“We found that even small increases in market-based foods that are high in calories even in small servings, contributed to fat gain in this active, subsistence-based population,” study author Alan Schultz, an anthropologist at Baylor University, said in a statement released by the university. “Cooking oil adds so much flavor—we use it for a reason—but at 120 calories and 14 fat grams per tablespoon, few foods can so easily alter your diet.”

Diet alone isn’t the only thing poised to dramatically change for the Tsimané in the years to come. And certainly some aspects of modernization, such as more available health care for children, will benefit them. But given the increasingly grim research suggesting how diets rich in processed foods harm our bodies, the renowned heart health of the Tsimané might be at risk.

One of The World’s Largest Organisms Is Disintegrating. Here’s How We Might Save It. : ScienceAlert
A Weird Blob of Hot Gas Is Whizzing Around Sagittarius A* With ‘Mind-Blowing Velocity’ : ScienceAlert
Wolves Really Can Become Attached to Humans Like Dogs Can, Adorable Study Finds : ScienceAlert
The Orbit of a Sun-Like Star Reveals The Nearest Black Hole Ever Found : ScienceAlert
The Real Reason For Using Flight Mode Is Not What You Think : ScienceAlert