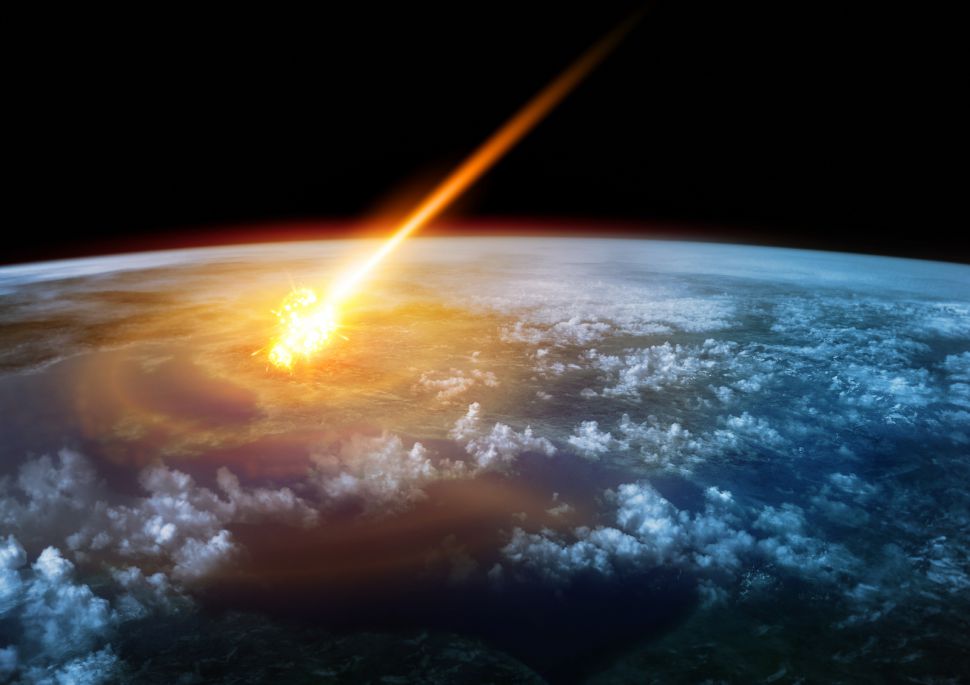 
About 35 million years ago, an asteroid traveling nearly 144,000 mph (231,000  km/h) smashed into the Atlantic Ocean near the modern-day town of Cape Charles, Virginia.

The space rock vaporized instantly, but its impact triggered a gargantuan tsunami, cast up a monsoon of shattered rocks and molten glass that spanned hundreds of miles and carved out the single largest crater in the United States — the so-called Chesapeake Bay impact structure.

Yes, the least we can say is that America’s largest asteroid impact left a trail of destruction across the eastern United States.

In a recent study of ocean sediment cores taken almost 250 miles (400 km) northeast of the impact site, researchers found traces of radioactive debris dating to the time of the strike, providing fresh evidence of the impact’s age and destructive power.

As reported in the Journal Meteoritics and Planetary Science:

When the Chesapeake Bay impactor smashed into the Atlantic, it showered the surrounding land and water with shards of molten glass (known as “tektites”) for hundreds of miles in every direction.

This rain of meteoric debris formed what scientists call the North American tektite strewn field, which stretches from Texas to Massachusetts to Barbados, covering about 4 million square miles (10 million square km) of terrain.

By studying shards of meteoric rock buried deep within this sweeping field of impact wreckage, scientists can gather clues about the asteroid’s key characteristics, including its age.

After analysing 21 microscopic shards of zircon, the scientists found that they formed at different times, between about 33 million to 300 million years old. The two youngest samples, which had an average age of about 35 million years old, fit in with previous studies’ estimates for the time of the Chesapeake Bay impact.

A closer examination showed that the zircons also bore a cloudy appearance and deformed surface, two signs the minerals were kicked through the air and water by a great impact.

The team concluded that these two young crystals were part of the Chesapeake impact’s path of destruction, confirming that the impact occurred about 35 million years ago.

Well at least we know more about the largest asteroid impact of America in Chesapeake Bay and our Earth’s violent past.

Major Blow as Experimental HIV Vaccine Fails in Late Clinical Trial : ScienceAlert
Dogs Can Be Aggressive For Lots of Reasons, And One of Them Is You : ScienceAlert
Our Body Temps Have Been Dropping For 160 Years. Gut Microbes May Be Playing a Role : ScienceAlert
Scans of Mummified ‘Golden Boy’ Reveal He Was Covered in Magical Protections : ScienceAlert
An Expert Explains Why The Radioactive Water Stored at Fukushima Should Be Released : ScienceAlert