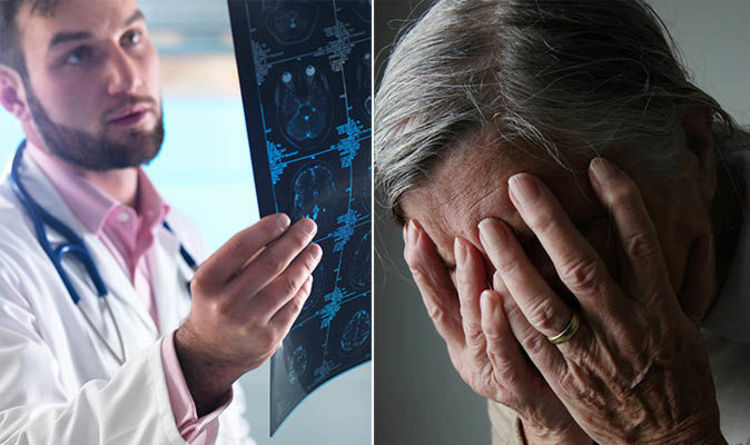 
Their research has been hailed as the “first systematic method” that identifies one of the root causes.

Professor Michele Vendruscolo, one of the scientists who led the research, said: “This is the first time that a systematic method to go after the pathogens – the cause of Alzheimer’s disease – has been proposed.

“Until very recently scientists couldn’t agree on what the cause was so we didn’t have a target.

“The pathogens have now been identified as small clumps of proteins known as oligomers and we have been able to develop a strategy to aim drugs at these toxic particles.”

Proteins need to fold properly to be effective and when they misfold, dangerous deposits called plaques form which the brain can’t shift and cause dementia.

Alzheimer’s is one of the most common forms of dementia and leads to the death of nerve cells and tissue loss throughout the brain.

The number of deaths is predicted to significantly increase if a cure is not found.

According to Alzheimer’s research UK the number of people expected to die due to dementia are expected to quadruple by 2040 to 219,409.

However further trials and research is needed.

Professor Vendruscolo added: “The trials that have succeeded have given us a handful of drugs, but these drugs can only treat the symptoms of Alzheimer’s disease, not its onset and progression.

“We have devised the first strategy to go after the cause of the disease, leading to hope that new drugs can be be developed.”

Generally the first symptoms of Alzheimer’s disease include loss of short-term memory, disorientation and behavioural changes and sufferers should contact their GP.

The research was carried out by an international team of scientists that also included Professor Sir Christopher Dobson, Master of St John’s College, University of Cambridge, at the Centre for Misfolding Diseases (CMD) which was co-founded by Sir Christopher.

The research paper was published in the Proceedings of the National Academy of Sciences (PNAS).