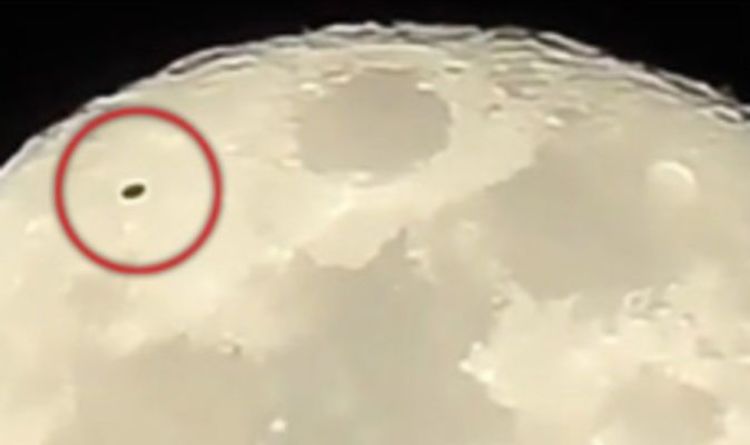 
The witness was filming the Moon from their home in Dearborn Heights in Michigan in the US, this month when the UFO appeared.

In a report to MUFON, the witness, who has not been named, said: “I was filming the full moon and captured a dark disk traveling Southbound in from of the moon.”

In a video they sent to MUFON, a large round, black object can be seen travelling across the moon’s surface from left to right.

It then appears to take-off from the right-hand side before disappearing completely, Dailystar.co.uk reports.

The clip was originally uploaded to the MUFON website and then shared by YouTube channel UFO Institute.

And since it was posted, it has received a mass of attention — being shared on various other channels.

One YouTube viewer posted: “At first I thought it might be something in the Earth’s atmosphere, but once it was zoomed out, you could definitely see it appears to be orbiting the moon.”

Another added: “Looks like it’s going to the dark side of the moon. Is it ours or is it theirs? That’s the question.”

And a third stated: “Awesome video my friend. They are real and they are here.”

There are many conspiracy theories about the moon being occupied by aliens, and even that NASA astronauts encountered them during the Apollo missions and were warned not to return.

However, there have been more down-to-earth explanations given for the latest video.

MUFON accepts that most UFO sightings do have rational explanations.

He was shown the footage by Express.co.uk.

He said: “I think it’s a small object crossing the lunar disc like a mylar balloon. There are many similar footages like this.”

Objects in our skies such as birds or balloons that are out of focus can appear much closer to the moon than they are when the camera is focussed on the lunar surface.