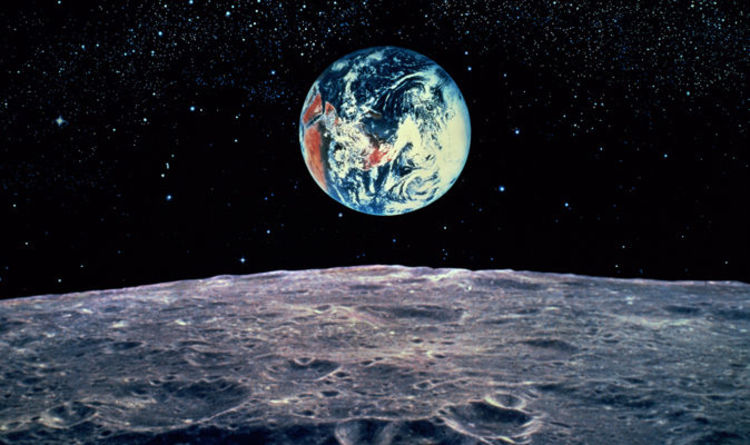 
While the moon is a dusty and uninhabitable place today, experts believe that was probably not always the case.

Analysis of the moon suggests that during these periods, there were large amounts of warm gases, including water vapour, being spewed from beneath the surface.

Professor Dirk Schulze-Makuch, who led the study, said: “If liquid water and a significant atmosphere were present on the early moon for long periods of time, we think the lunar surface would have been at least transiently habitable.”

The team believes that life on the moon probably came about in the same way it did on Earth – through microbes and microorganisms being carried on meteorites which crashed into the celestial bodies.

There is also the chance that microbes on the moon resulted in microbes being planted on Earth through metoer blasts, or vice versa.

The earliest evidence of life on Earth dates back to around 3.8 billion years ago when all of the planets in the solar system were constantly being bombarded by meteorites.

Professor Schulze-Makuch said: “It looks very much like the moon was habitable at this time.

“There could have actually been microbes thriving in water pools on the moon until the surface became dry and dead.”

The team believes that the only way this riddle can be solved is be future moon missions.

Professor Schulze-Makuch said it “”can only be addressed by an aggressive future program of lunar exploration.”

Amazing New Fossils Provide Earliest Known Traces of The Evolution of Our Jaws And Limbs : ScienceAlert
Biology Inspires a New Kind of Water-Based Circuit That Could Transform Computing : ScienceAlert
Astronomers Think They Know The Reason For Uranus’s Kooky Off-Kilter Axis : ScienceAlert
A Rare Condition Makes Hair Truly Untamable, All Thanks to These Genes : ScienceAlert
Hubble And Webb Pics Reveal DART Impact Was Even Bigger Than Expected : ScienceAlert