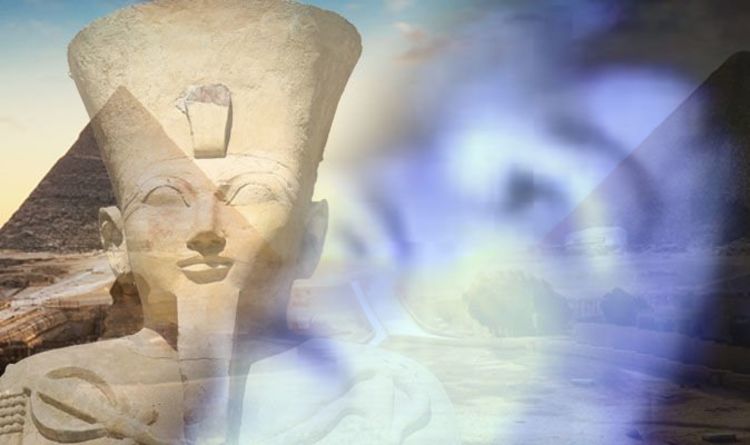 
On April 23, 1985, a busload of Russian tourists were reported missing in Egypt. The tour group was last seen leaving the Cairo Hilton that evening. Their fate remains a mystery but secrets cannot be contained, not even KGB secrets. A KGB project in 1961 was put together with the main purpose of “discovering alien technology” and agents were left startled when they found the legendary “Tomb of the Visitor”, a documentary claims.

A group of scientists, computer programmers, and doctors came together to discuss the possibilities of this discovery.

Russian scientist Viktor Ivanvich claims: “They fully believed that the visitor was none other than Osiris, the Alien King.

“Thus they gave themselves the name, ‘The Followers’, based off the Followers of Horus in the Egyptian Book of the Dead.”

According to Egyptian beliefs a “family of Gods” came from the stars to Egypt.

Some believe this was the source of their incredible knowledge and wisdom but, later, the “aliens” left Earth back to their homes, except for Osiris, so the story goes.

It is said he stayed and taught “The Followers” and, in return, it was their duty to protect and keep the ancient knowledge he gave them until he came back.

The Egyptians were astronomers and believed that the stars were the map to the great god Osiris and the afterlife.

Amazon Prime’s documentary “The Secret KGB Abduction files” claims that modern “Followers” secretly come together in their homes to discuss the possibility of the return of Osiris.

They believe that the second coming of Osiris will herald a “new age” for mankind.

They believed that when the tomb was discovered and the seal was broken, a signal was transmitted to the visitors. They calculated and estimated the time it would take for the electromagnetic signal to reach the constellation of Orion.

They figured that they could return no earlier than April 23, 1985, so with that time frame in mind, the group left Russia and took off to Egypt, and were never to return.

The only remains left behind was a newspaper clipping found in the KGB archives of a group of tourists disappearing in the middle of the night in Egypt, 1985, and one home movie project with film.

The film shows the group in front of the pyramid at night in the documentary.

It shows a light appearing in the sky and, as the group dropping to their knees in prayer, the light becoming brighter, and then “nothingness”.

A daughter of the parents that were part of this group was shown the home video, of which she recognised her parents and burst into tears.

The documentary then questions whether the Russians were among the first to encounter beings not from this earth.

Viktor Ivanvich said: “There is no doubt that a small group of Russian scientists with military experts have discovered a tomb in Egypt in 1961.

“But in the documents it has never been revealed exactly what was found inside the sarcophagus.

“Only sources of the highest ranks of the KGB know that we have found the remains of an alien creature that died in Egypt 10,000 years before Christ.”