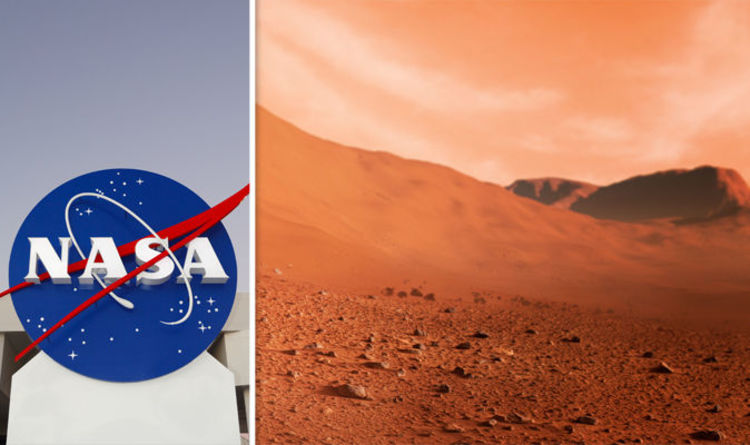 
Dr DiGregorio, from University of Buckingham, said: “They look remarkably similar to Ordovician trace fossils I have studied and photographed here on Earth.

“If not trace fossils, what other geological explanations will NASA come up with?”

He says the trace fossils represent signs of “soft bodies creatures” which once roamed the Red Planet.

Dr DiGregorio has now accused NASA of a cover up and said the space agency could be witholding information due to its plans to send humans to Mars in the 2030s.

He told Daily Star Online: “Put it this way, these images, these figures, have not been seen on Mars to date.

“One of the things that grabbed me immediately was the expediency that NASA left the area of such a mission.

“So when I started looking, it wasn’t just the objects that were attached the outside, what they are calling sticks.

“If you look at the images more closely, the sticks merge into the host rock, this actually has features in it that are reminiscent of trace fossils.

“NASA has turned its back on trying to get the data on this.

“The order came down from NASA HQ that they should move the rover on to the next point.

“They didn’t feel it was important enough to look at, I thought that was very odd, despite the fact a gale crater was host to probably a series of lakes for billions and billions of years.

“Crystals don’t add up. Crystals don’t branch or twist. We’re talking about something that might have been equivalent to the Ordovician period on Earth.”