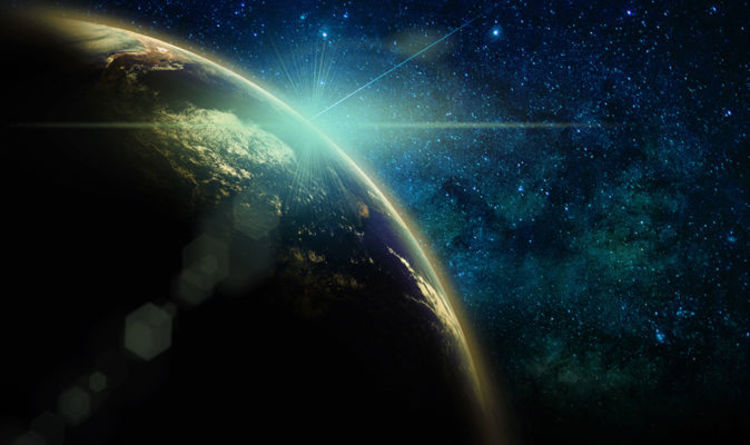 
If a planet is similar to ours, and is orbiting a star in the ‘Goldilocks zone’ – a region in space when it is neither too hot nor too cold – then theoretically it could have water, and thus life, scientists claimed.

They said the building blocks which helped create Earth exist in abundance and planets like ours are “just waiting to be found”.

A huge study has been conducted to investigate how other planetary systems are created and what materials are used.

Researcher Dr Siyi Xu of the Gemini Observatory in Hawaii said: “Most of the building blocks we have looked at in other planetary systems have a composition broadly similar to that of the Earth.”

The experts looked at white dwarf stars, stars which have shrunk down – a fate which awaits our own Sun in about five billion years.

As they shrink, they pull in nearby material. Because white dwarfs are much fainter, scientists can analyse materials without the brightness of a relatively newer star.

Dr Xu explains: “White dwarfs’ atmospheres are composed of either hydrogen or helium, which give out a pretty clear and clean spectroscopic signal.

”However, as the star cools, it begins to pull in material from the planets, asteroids, comets and so on which had been orbiting it, with some forming a dust disk, a little like the rings of Saturn.

“As this material approaches the star, it changes how we see the star. This change is measurable because it influences the star’s spectroscopic signal, and allows us to identify the type and even the quantity of material surrounding the white dwarf.

“These measurements can be extremely sensitive, allowing bodies as small as an asteroid to be detected”.

By looking at the measurements, the experts discovered that the planets were made from the same composition which made Earth.

Dr Xu said: “This would mean that the chemical elements, the building blocks of earth are common in other planetary systems.

“From what we can see, in terms of the presence and proportion of these elements, we’re normal, pretty normal.

“And that means that we can probably expect to find Earth-like planets elsewhere in our galaxy.”

Shimmering ‘Lakes’ Under The South Pole of Mars Might Be Something Else Entirely : ScienceAlert
Control of a 6-Qubit Processor in Silicon : ScienceAlert
Experts Estimate The Scale of The Nord Stream Pipelines Methane Leak : ScienceAlert
Behold, The Epic Last Images Taken by NASA’s Asteroid Redirection Test Spacecraft : ScienceAlert
Biology Inspires a New Kind of Water-Based Circuit That Could Transform Computing : ScienceAlert