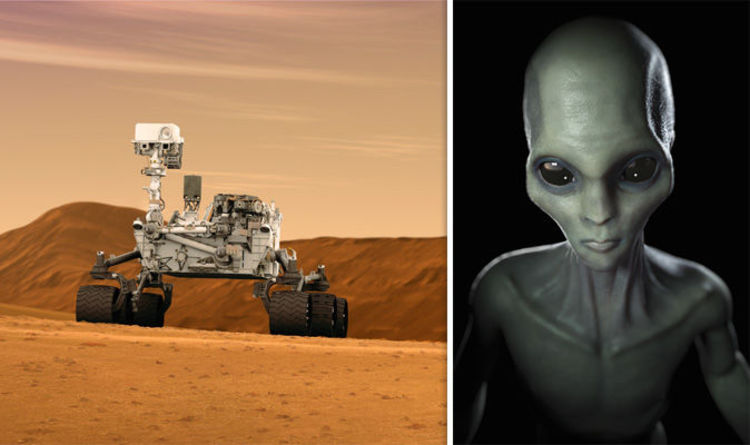 
NASA’s Rover continues to traverse the surface of Mars, sending images of the Red Planet back to Earth as it goes along.

However, conspiracy theorists believe that the space agency may have unknowingly revealed aliens living on Mars.

In a video uploaded to YouTube by popular conspiracy theory channel SecureTeam10, a series of images are shown which seem to show something crawling along the surface.

In the video, which has racked up more than half a million views, the narrator asks: “Has NASA once again slipped up and let evidence of potential alien life reach the public in a new set of photographs captured on Mars by the rover?”

The narrator, Tyler Glockner, says the images show a “strange blur” which has properties similar to “an object moving extremely quickly.”

Mr Glockner continues: “As the rover is sitting still, there is a point where you can see what appears to be this blurred object” adding that “the strange blur appears in two separate photos.”

Followers who commented on the video seemed to agree there was life on Mars.

One commenter said: “What if other civilisations are inspecting Mars alongside us?”

Another said: “I see a nose, mouth and eyes.”

One viewer said: “What if Mars used to have everything that we have now but something happened there that destroyed it all and made everyone evacuate to Earth and start all over again?”

However, not everyone was in agreement.

One person wrote: “If we can’t detect intelligent life in the White House, what chance have we finding any on Mars?”

Another person gave what they believed to be the most plausible account of the image: “Those ‘objects’ are nothing but rock with sand blown around it.”