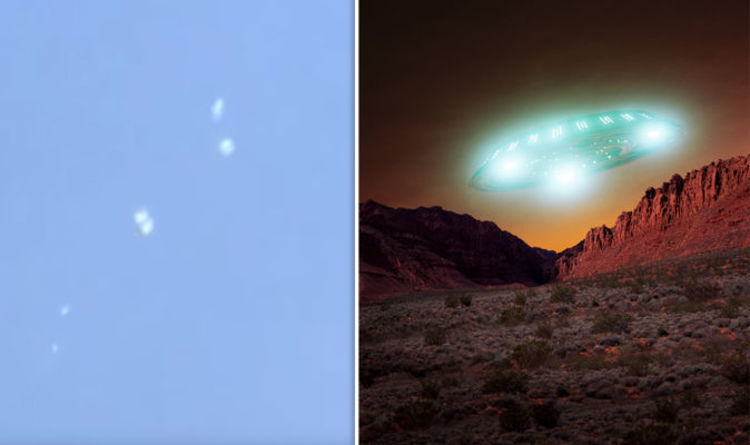 
On February 19, a driver in Henderson, Nevada, just a short drive from Las Vegas, was waiting in his car when he saw bright lights in the sky.

The unnamed motorist says the bright star-like lights in the footage, which was taken during broad daylight, started moving towards each other at a rapid speed as if they were attacking each other.

The witness said: “I was waiting in the car while my buddy went into the store. I noticed about 9 to 10 brights dots in the sky that looked like stars.

“The dots were in a line on approx 45 degree angle. All of a sudden they started to move upward on that same angle and it looked like they were attacking each other.”

To add more fuel to the conspiracy, the location where the footage was taken is just a two hour drive from Lincoln County, where Area 51 is based.

Area 51 is a top secret US military base which has been the centre of countless UFO theories over the years, including the infamous Roswell crash.

Some comments left beneath the video shows that some people are convinced this is a genuine UFO battle.

Rico Greem said: “Space war for the freedom of mankind.”

Corine Thomas said: “I believe this video, it’s only a matter of time folks. The watchers are protecting us from the unruly greys.”

However, there were doubters of the authenticity, claiming that it was just reflection playing tricks on the mind.

Carlos Urquides said: “It’s the reflection of cars lights. If they were shooting lasers like that something would have clearly been destroyed. I believe in ufos but not this!”