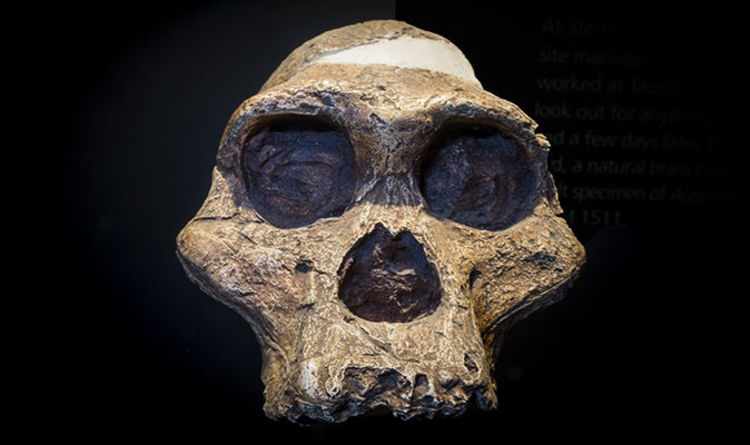 
Up until recently, the conventional wisdom has been that homo sapiens evolved in the East African rift valley 200,000 years ago, before leaving the continent and populating the rest of the world 60,000 years ago.

However, recent discoveries have challenged this simplistic view, not least evidence that the our ancient ancestors at various times interbred with Neanderthals and the mysterious denisovan hominid.

Now a study undertaken by a team of German and UK experts led by Dr Eleanor Scerri indicates even before we left Africa, the situation was much more complicated than previously imagined.

Their report, published on the science website cell.com, said: “We challenge the view that our species, Homo sapiens, evolved within a single population and/or region of Africa.”

The sheer diversity demonstrated in Pleistocene human fossils suggested “morphologically varied” populations lived throughout Africa, according to the study.

“We argue that these fields support an emerging view of a highly structured African prehistory that should be considered in human evolutionary inferences, prompting new interpretations, questions, and interdisciplinary research directions.”

Early human fossils dated to 500,000 years ago did not demonstrate a simple linear progression towards how we look today, the study stressed.

It explained: “Together with recent archaic archaeological and genetic lines of evidence, these data are consistent with the view that our species originated and diversified within strongly subdivided populations, probably living across Africa, that were connected by sporadic gene flow.”

Tantalisingly, it added that this concept of ‘African multiregionalism’ might also include hybridisation between homp sapiens and more divergent hominins living in different regions.

It said: “The next decade of research will be crucial to resolving these emerging research themes. Contemporary human genomes are now available from across the African continent, together with an increasing number of ancient genomes.

“The expansion of paleoanthropological investigations into neglected areas of Africa will undoubtedly reveal new data that will significantly refine the parameters of recent human evolution.”

The findings have excited Dr Darren Curnoe, an associate professor at the University of New South Wales specialising in evolutionary biology.

He said: “A few years ago, it seemed all too easy. The matter was settled.

“Homo sapiens had evolved in the East African rift valley roughly 200,000 years ago and exited the mother continent to settle the remaining planet around 60,000 years ago.

“As someone who’s kept a keen eye on developments in, and indeed actively researching, our evolution, it’s clear to me that there’s something’s going on here. Change is in the wind!”