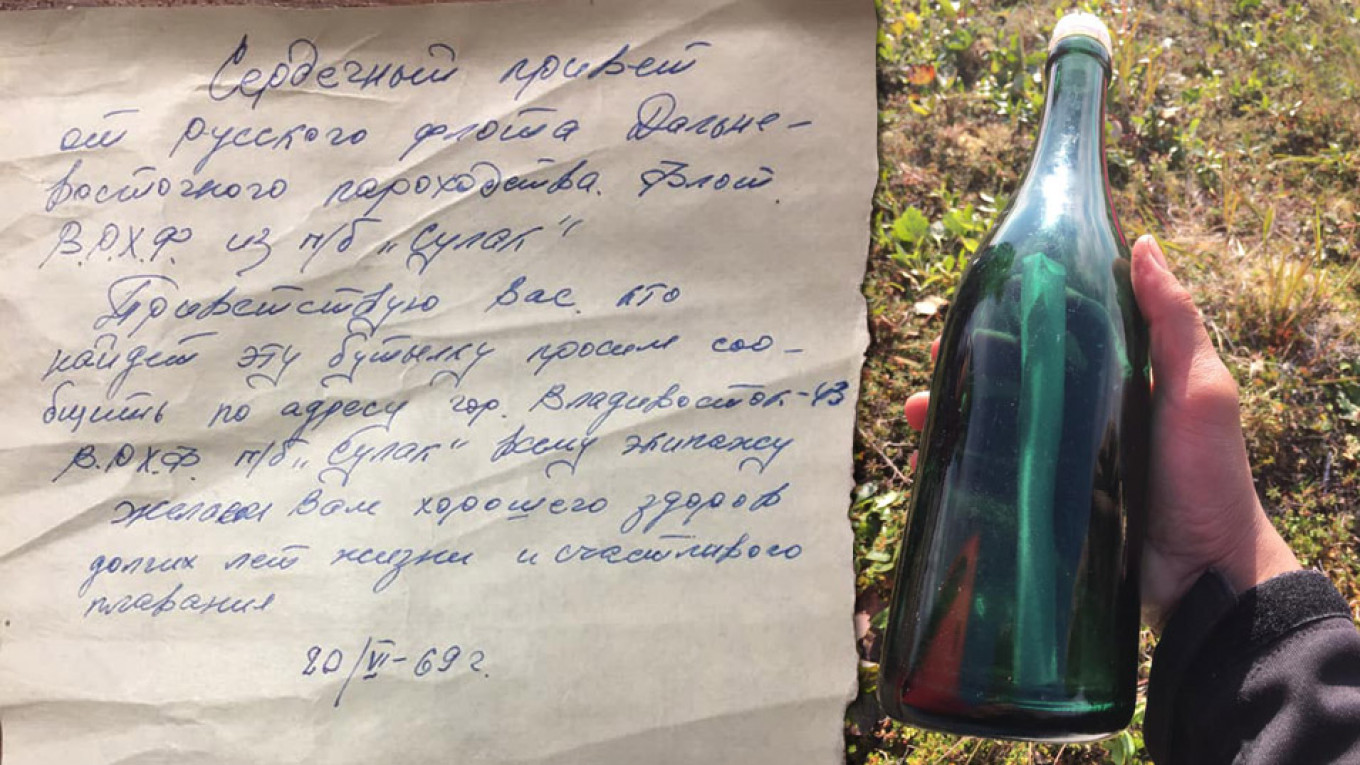 
A man has discovered a 50-year-old letter in a bottle on the shores of western Alaska.

The captain of the Russian Navy who wrote the letter was sceptical until he saw his signature.

Tyler Ivanoff found the handwritten Russian letter earlier this month while gathering firewood near Shishmaref, about 966 kilometres north-west of Anchorage.

Then he had to use a screwdriver to get the message out. The bottle was so well sealed that the note was still dry on the inside and still smelled like wine or whatever old alcohol.

Mr Ivanoff shared his discovery on Facebook where Russian speakers translated the message to be a greeting from a Cold War Russian sailor.

The message asked the person who found the bottle to send a reply to the crew of the ship “Sulak” in Vladivostok, signing off: “I wish you good health, long life and happy sailing. June 20, 1969.”

He was sceptical he wrote the note until he saw his signature on the bottom.

“It looks like my handwriting. For sure! East industry fishing fleet! E-I-F-F.”

According to the program, Captain Botsanenko oversaw the construction of the Sulak in 1966 and sailed on it until 1970.

He sent the message when he was 36 years old, the now-86-year-old said.

Captain Botsanenko shed tears when the Russian television reporter interviewing him told him the Sulak was sold for scrap in the 1990s.