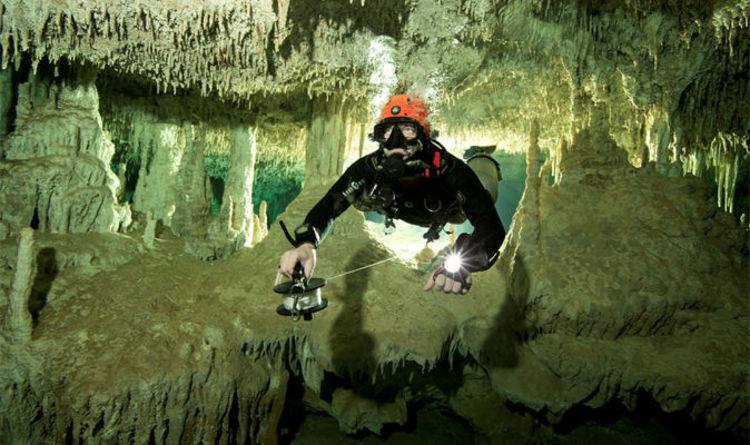 
A 215.6 mile long cave which stretches beneath Mexico has been found, and it contains a perfectly preserved Mayan artefacts and extinct fauna.

The cave is connected by two of the world’s largest flooded caverns – Sac Actun and Dos Ojos in Tulum, Quintana Roo – and is now longer than the previous underwater cave, Ox Bel Ha in the same region, which measures 167.9 miles.

The discovery was made by research unit Gran Acuifero Maya (GAM) which has been exploring the two caverns for two decades in an attempt to find a link between them.

Robert Schmittner, the German researcher and lead of the GAM exploration team, said: “This is an effort of more than 20 years, to travel hundreds of kilometres of caves submerged in Quintana Roo mainly, of which I dedicated 14 years to explore this monstrous Sac Actun System; now everyone’s job is to keep it.”

“On a couple of occasions, we were a meter from making a connection between the two large cave systems.”

“It was a labyrinth of paths that sometimes came together and sometimes separated. We had to be very careful.”

Mexico’s National Institute of Anthropology and History (INAH) investigator Guillermo de Anda said the discovery is “the most important underwater archaeological site in the world and home to hundreds of preserved secrets.”