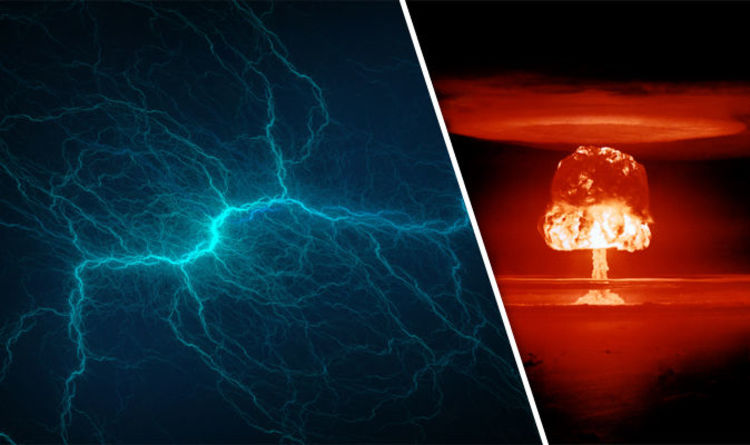 
An EMP attack is a burst of electromagnetic radiation typically created by a nuclear bomb being detonated above a target area.

Earlier in February Russia’s military boasted of its ability to cripple enemy warships, planes and communications.

North Korea and China also have the potential to attack the US with an EMP and researchers in the country believe the consequences could be devastating.

A new compilation of official EMP reports suggests that a one day blackout could kill 574 people in the US due to a lack of medical equipment.

It would also cost the $35.7billion in “societal cost”.

If the blackout were to last for an entire year, the report states that it would result in 200 million deaths in the US due to lack of healthcare and foot shortages.

William R. Graham, chairman of the Commission to Assess the Threat to the United States from Electromagnetic Pulse Attack, said: “326 million Americans cannot long survive bereft by EMP of the electronic civilisation that sustains their lives.

“A nationwide blackout lasting one year could kill millions, perhaps prove fatal to most Americans, by starvation, disease, and societal collapse.”

In the book, Mr Pry says the US can protect the national grid for a relatively cheap $2billion – the same as what the US gives Pakistan in aid annually.

Mr Graham wrote the foreword for the book, and he wrote: “EMP is a civilisation killer.”

However, he adds the bureaucratic processes and energy companies are getting in the way.

Mr Graham wrote: “The bureaucratic Gordian knot preventing national EMP preparedness appears to be a greater challenge than winning World War II, the invention of the atomic bomb, the development of the nuclear navy, building the national highway system, or sending Men to the Moon.

“What is needed is an EMP Manhattan Project—the subject of this book.”