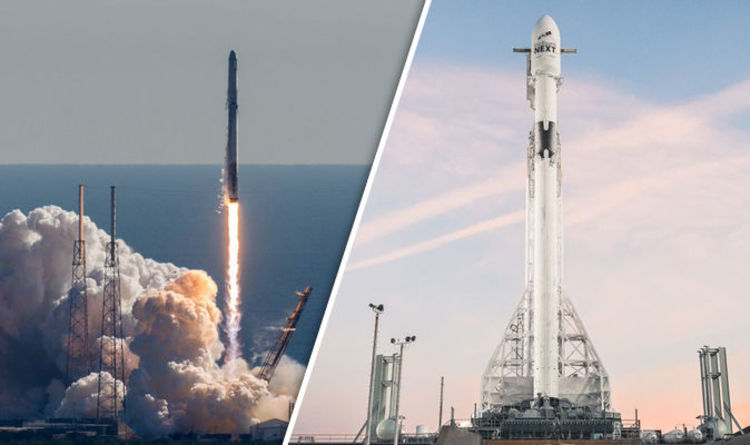 
The Falcon 9 rocket will deliver the Zuma spacecraft to orbit on behalf of the US Government and aerospace and defence company Northrop Grumman.

The Zuma payload is shrouded in mystery but it is thought to be a code name for a US Government satellite on a mission into low Earth orbit.

The SpaceX launch has been pushed back to Sunday January 7 with the two-hour launch window between 8pm EST to 10pm EST (1am and 3am GMT on January 8).

The webcast below will stream all the action from the launch live from NASA’s Kennedy Space Center (KSC) in Florida.

The two-stage Falcon will deliver Zuma into low orbit tonight before part of the rocket returns to Earth and lands at SpaceX’s landing site in Cape Canaveral.

If tonight’s launch cannot take place as planned, the backup two-hour launch window will open at 8pm EST on January 8 (1am GMT on January 9).

SpaceX initially pencilled in a November launch date for Zuma, but the launch has repeatedly been postponed until this weekend.

“Extreme weather slowed operations but Falcon 9 and the Zuma spacecraft are healthy and go for launch—now targeting January 7 from Pad 40 in Florida.”

In November 2017, it emerged that US Government had asked Northrop Grumman to contract in SpaceX for the launch of the payload.

“We have procured the Falcon 9 launch service from SpaceX. The Zuma payload is a restricted payload. It will be launched into Low Earth Orbit.”

Later this month SpaceX launch its bigger cargo rocket Falcon Heavy into space with a cherry red Tesla Roadster on board.

READ MORE: WHEN IS THE SPACEX ROCKET LAUNCH?

Plants Have Been Keeping a Secret From Us About How Thirsty They Actually Are : ScienceAlert
Scientists Gave Young Mice The Blood of Old Mice. Then Things Got Weird : ScienceAlert
Clinical Trial Restored Sight to 20 People With Corneas Made From An Unlikely Source : ScienceAlert
Why Do Kids Get Worms, And What Can You Do to Prevent It? : ScienceAlert
Many Cat Lovers Are Giving Their Cats Unwanted Affection, Study Suggests : ScienceAlert