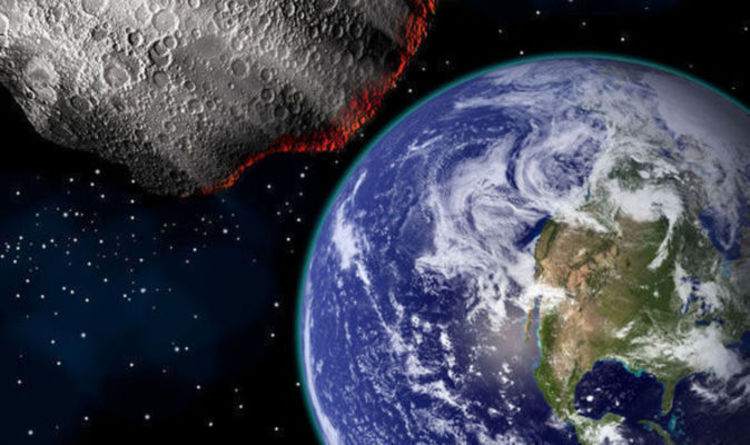 
NASA detected the previously unseen asteroid, which measures as big as a seven-storey building, on January 5.

That means the asteroid will pass at about 1.1 million miles from earth, a close miss by NASA’s estimate.

The space agency monitors anything that comes within six million miles of our planet as a near earth asteroid (NEA).

AJ 2018 is expected to skim past earth on Tuesday, January 23 but scientists admit they are not certain of its orbital path

New asteroids are given a condition code of between 0 to 9 based on how certain astronomers are about its course.

Zero means they are fairly certain, but 9 is classed as “highly uncertain”.

AJ 2018’s condition code is 8, meaning it is highly uncertain when the space rock will end up.

If the asteroid did hit earth it could destroy a city.

An 18-metre asteroid that hit the city of Chelyabinsk in Russia in 2013 injured about 1,500 people and damaged over 7,000 buildings.

The Chicxulub crater, which wiped out the dinosaurs, was believed to be about 10 to 15 kilometres (6.2 to 9.3 miles) in diameter.

2018 AJ comes from the Apollo group of asteroids, which were discovered by German astronomer Karl Wilhelm Reinmuth.

As of January 17, 2018 there are 1,882 potentially hazardous asteroids threateningly close to earth.

However none are expected to have a direct collision course with our planet.