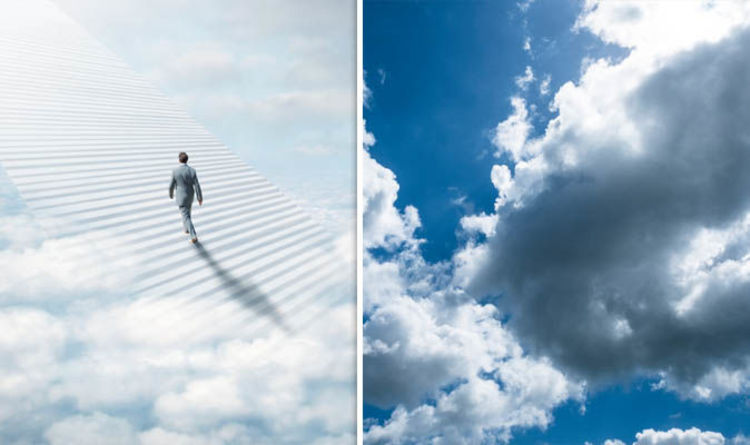 
Life after death is a subject constantly visited by philosophers and scientists alike as one of life’s most enduring questions.

Now, however, the question could be answered as four people provide their accounts of their own near death experiences.

The following four experiences come from people who claim to have known what the afterlife has to offer.

A website named the Near Death Experience Research Foundation has compiled stories which document the process approaching and following death.

Many of the accounts submitted to the website seem to tell of an experience whereby they seem to leave their bodies.

Named an out of body experience, one poster named Amanda B said: “I looked at my body like it was an interesting object.

“But otherwise, I was indifferent to it.

“I watched a lot of doctors and nurses trying desperately to get me back.”

Along with the out of body experiences, some posters seemed to state that their senses exploded, granting enhanced hearing and eyesight.

“I felt my life slipping away multiple times. When that happened, I’d tell my family I love them and it was time to go.

“I visioned the room and my physical body shrinking as my spirit was rising from my body. I saw many deceased friends and relatives looking at me and telling me it’s ok.”

One user, who had suffered a cardiac arrest at age four, described a sense of bonding with her surroundings as she approached death.

Poster Mache G said: “I felt like I was part of everything and everyone.

“I just floated up and could see other rooms. I later detailed conversations that there is no way I could have known.

“I began browsing through time. I saw events from my short life. I later detailed things that occurred before I could even talk.”

Another user had a more religious experience as she approached death, saying her exceptional account meant the presence of Jesus.

Alma B said: “Suddenly, the huge white Orb of the Glistening Eye of God dims and a huge Golden-yellow Orb comes out from its right.

“I immediately sense that it is the Light of Jesus.

“Its rays touched my body and I thought I would somehow be transported up those rays.

“A stone ledge then came out of the sky and a moving-art drawing of my life is presented to me.”

Extreme Drought in Italy Reveals Hidden Bomb Submerged in River Since WWII
Thinking Hard and Long Can Cause Brain Drain : ScienceAlert
Plants Have Been Keeping a Secret From Us About How Thirsty They Actually Are : ScienceAlert
Minor Google Meltdown Exposes The World’s Utter Reliance on a Single Tech Company
Record-Breaking Experiment Could Solve a Huge Challenge in Quantum Computing