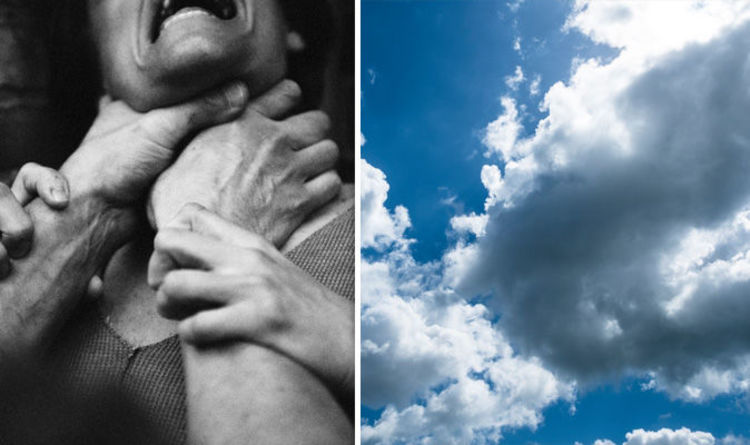 
A Danish victim, known only as Begitte, believes she drifted into the afterlife while her attacker strangled her into unconsciousness.

She had only just met the man when he struck, and she was only saved when he decided to stop the brutal attack.

Writing on the website NDERF – a site which collects people’s near death experiences (NDEs) –Begitte wrote: “I only remember that I was lying on the bed while he was strangling me.

“I tried to push him away. At last, I could not fight anymore because he was pushing so hard. I remember that I was angry.

“But when I became relaxed, I was completely calm.

“It was as if I was not present in my own body. After that I floated above the two of us and looked down.

“It was a quiet and serene feeling, but I remember that I was then pulled back again. It was difficult and unpleasant to return; the other was a better feeling.”

During her time in ‘the afterlife’, Begitte says her thoughts were travelling faster than usual, but time had come to a standstill.

She wrote: “Everything seemed to be happening at once; or time stopped or lost all meaning. Time slowed down and everything stopped.

“I do not think I experienced a sense of time.

“At first I felt fear. After that, I felt peace and calm, as if I was a cloud.”

Some researchers state these are norman phenomenon and not necessarily a sign of heaven or an afterlife.

High-Fat Diets May Break The Brain’s Ability to Regulate Calories : ScienceAlert
Our Body Temps Have Been Dropping For 160 Years. Gut Microbes May Be Playing a Role : ScienceAlert
AI System Detects Strange Signals of Unknown Origin in Radio Data : ScienceAlert
Study of 500,000 Medical Records Links Viruses to Alzheimer’s Again And Again : ScienceAlert
We Used to Hate Commuting. Now We Realize We’ve Lost Something. : ScienceAlert