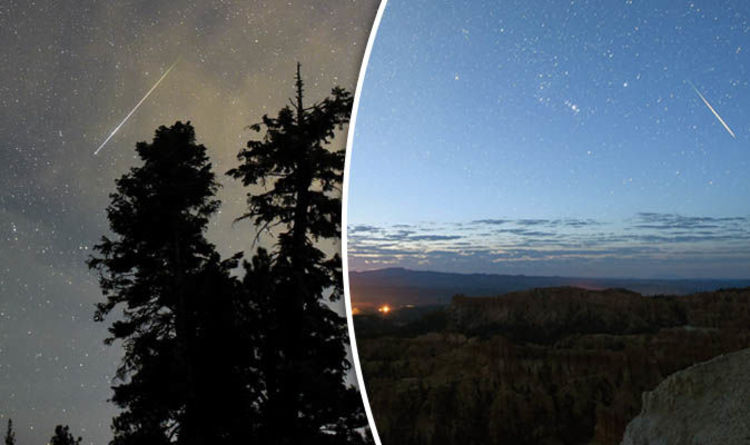 
What are the Quadrantids?

The Quadrantid meteors are thought to come from the asteroid 2003 EH1, which is likely to be an extinct comet and NASA has described as a “dead comet.”

“It is possible that 2003 EH1 is a ‘dead comet’ or a new kind of object being discussed by astronomers called a ‘rock comet’.”

The Quadrantid meteor shower runs from December 22 to January 17 but the meteors peak on January 3 this year.

NASA meteor expert Bill Cooke told Space.com: “It was either a piece of comet or a comet itself, and then it became extinct.”

This means all the ice and other volatiles on the comet have evaporated.

However, it is believed the 2003 EH1 might be the same object as the comet C/1490 Y1, which was observed by Chinese, Japanese and Korean astronomers 500 years ago.

The radiant point of the shower is an area inside the constellation Bootes, which is not far from the Big Dipper.

The easiest way to find the radiant point is to look north for the Big Dipper, then follow the ‘arc’ of the Big Dipper’s handle across the sky to red giant star Arcturus, which anchors the bottom of Bootes.

When will the Quadrantids be visible?

The Quadrantid meteor shower has been visible for the past week, however the peak of the shower will be tonight.

The shower will reach its peak at about 9pm GMT (4pm EST) on Wednesday January 3, according to the astronomy website EarthSky.com.

The most meteors will be visible in the last hour before dawn and skywatchers can expect to see between 40 and 100 meteors per hour.

In comparison to the peak of the Perseid or Geminid meteor showers which last for a day of more, the Quadrantid meteor shower only lasts for a few hours.

Which means you have to be on the right part of Earth, where the radiant is high in the sky, in order to experience the peak of the Quadrantids.

The shower favours the Northern Hemisphere because its radiant point is so far north on the sky’s dome.

You will not need binoculars or telescopes to view the meteor shower, your eyes are enough to see the shooting star overhead.

The best way to view the meteors is to find a dark sky away from the light pollution of the city and give your eyes about 20 to 30 minutes to adjust to the dark.

Robot Shows It’s Possible to Swim Through The Emptiness of a Curved Universe : ScienceAlert
The Moon Stole Something From Deep Inside Earth Eons Ago, and Scientists Can Prove It : ScienceAlert
Many Cat Lovers Are Giving Their Cats Unwanted Affection, Study Suggests : ScienceAlert
Astronomers Charted The Sun’s Life, And This Is How The Story Ends : ScienceAlert
Researchers in South America Discover a New Species of Tiny but Tough Dinosaurs : ScienceAlert