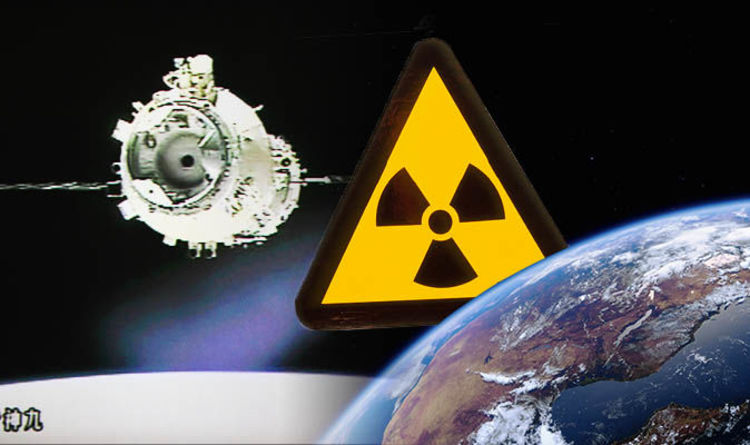 Despite Chinese officials claiming to be in control of the space station, new calculations have revealed that Tiangong-1 threatens to slam into Earth sometime in March.

But more alarmingly, a report form the non-profit Aerospace Corporation, suggests that the space laboratory could unleash deadly toxic materials upon reentry.

The non-profit group warned: “Potentially, there may be a highly toxic and corrosive substance called hydrazine on board the spacecraft that could survive reentry.

“For your safety, do not touch any debris you may find on the ground nor inhale vapours it may emit.”

Hydrazine is a highly corrosive and toxic chemical compound used as a thruster propellant in spacecraft and it now could be set loose on Earth.

According to the US Environmental Protection Agency, short-term exposure to hydrazine leads to seizures, coma, pulmonary edema as well as itchy airways, eyes and nose. Long-term exposures have been linked to the development of cancer in humans.

Public Health England has also warned that the International Agency for Research on Cancer (IARC) has classified hydrazine as a potential cause for cancer in humans.

On top of the alarming news, the Aerospace Corporation warned that there is no certainty as to where exactly the space station will crash and burn after reentry.

The group said: “ In the case of most reentering objects, the uncertainty associated with predicting reentry location is extremely large and precludes an accurate location prediction until shortly before the reentry has occurred.

“Based on Tiangong-1’s inclination, however, we can confidently say that this object will reenter somewhere between 43° North and 43° South latitudes.”

Chinese authorities have stressed that Tiangong-1’s reentry will not pose a direct threat to life on Earth, and most of the spacecraft will burn up in the the intense heat of its descent.

Zhu Congpeng, from the China Aerospace Science and Technology Corporation, said: “We have been continuously monitoring Tiangong-1 and expect to allow it to fall within the first half of this year. 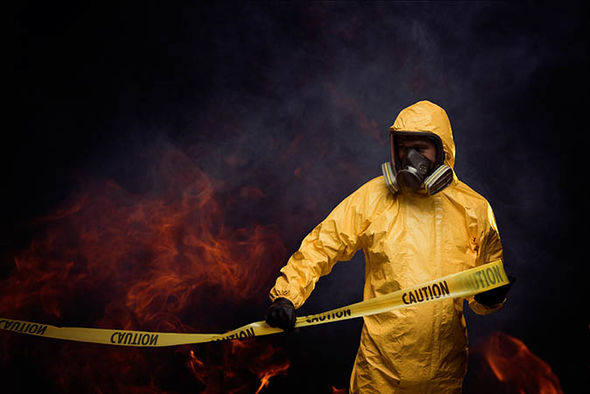 Tiangong-1: Hydrazine is a corrosive material with potential complications such as cancer

“It will burn up on entering the atmosphere and the remaining wreckage will fall into a designated area of the sea, without endangering the surface.”

But a leading astrophysicist has warned that heavier parts of the 8.5 ton space laboratory could survive the hellish journey down to Earth.


Jonathan McDowell, from Harvard University, said in 2016: “There will be lumps of about 100kg or so, still enough to give you a nasty wallop if it hit you.

“Yes there’s a chance it will do damage, it might take out someone’s car, there will be a rain of a few pieces of metal, it might go through someone’s roof, like if a flap fell off a plane, but it is not widespread damage.”

The Aerospace Corporation has now revealed that the chances of this happening are unlikely, but admitted that such as scenario is not unheard of.

American geologist and Apollo 17 astronaut Harrison Hagan Schmitt stands next to the US flag on the surface of the moon, December 1972

Lottie Williams of Tulsa Oklahoma, reported in 1997 that she was struck in the shoulder by debris from a reentering satellite.

The Tiangong-1, or Heavenly Palace, is the first Chinese space station launched into orbit in 2011.

Weighing in at 8.5 tonnes, the space laboratory is only about 34.1 feet in length and 11 feet in diameter. It’s last manned mission took place in 2013.