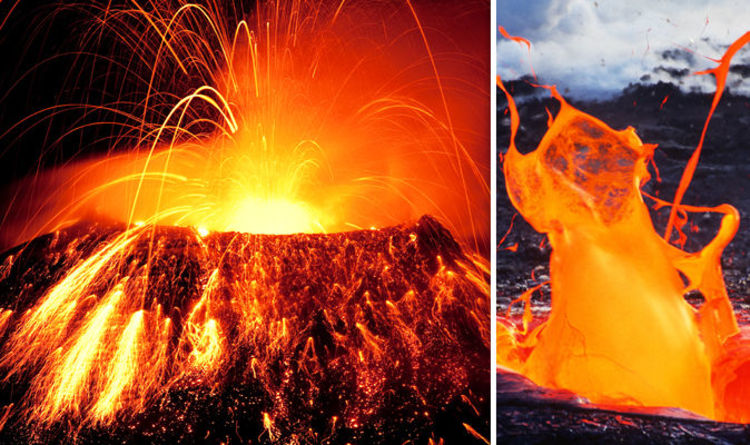 
A team of volcanologists from the Philippines stated a volcanic eruption that measures at seven on the Volcanic Explosivity Index (VEI) scale could cause severe damage.

If cities are wiped out, a frightening mass migrant crisis could ensue.

Chris Newhall, the lead author on the study that was published in the Geosphere journal, attempted to calm fears by explaining the next VEI-7 eruption could occur “hundreds of years down the road”.

He said: “The next VEI-7 eruption could occur within our lifetimes, or it could be hundreds of years down the road.”

The paper added: “A VEI-7 eruption occurring today near a large city today could erase the entire city.

“Pyroclastic flows from VEI-7 eruptions can travel 20, 30, or even 100kilometres in any or all directions from the volcano.

“Any town or city in the path would be destroyed, and death tolls could reach millions unless mass evacuations had been made.”

The paper also chillingly warned any pyroclastic flows, the fast moving currents of hot gas and volcanic matter, that enter the ocean could trigger tsunamis that could wipe out coastal areas.

It continued: “Pyroclastic flows that enter the sea trigger local tsunamis that can travel for a few hundred kilometres and wipe out coastal communities, as happened at Krakatau in 1883.”

The eruption of Krakatau in Indonesia destroyed over 70 per cent of the island – further seismic activity was reported following the horrific natural disaster.

The event caused an estimated 36,417 deaths, although sources claim the number could be higher.

The researchers added an eruption of a similar magnitude today could cause a “logistical nightmare” and that “national leadership could be replaced”.

The paper went on: “If a VEI 7 eruption occurs, little will survive within areas swept by pyroclastic flows.

“Beyond the zone of pyroclastic flows, ash fall could easily blanket a major city (e.g., Mexico City, Rome, Tokyo, Seoul, Manila, Singapore, or Jakarta), and bring it to a standstill by closing roadways, railways, and airways.

“Given the incredibly complex logistics of food, water, health care, and other supplies in an urban area, imagine the logistical nightmare if transport within any large city were stopped even for a week or two.

“Millions of hungry people do not stay quiet for long.

“National leadership may be challenged and replaced.”

After issuing the frighting warnings, the researchers called on the world to “do what can be done” to prepare for such a disruptive event.

They stated: “Preparation for such low-probability but high-consequence events is difficult to imagine, yet some modest early measures can be considered.

“Let’s do what can be done, within reason, to plan and prepare for a VEI-7 event.”