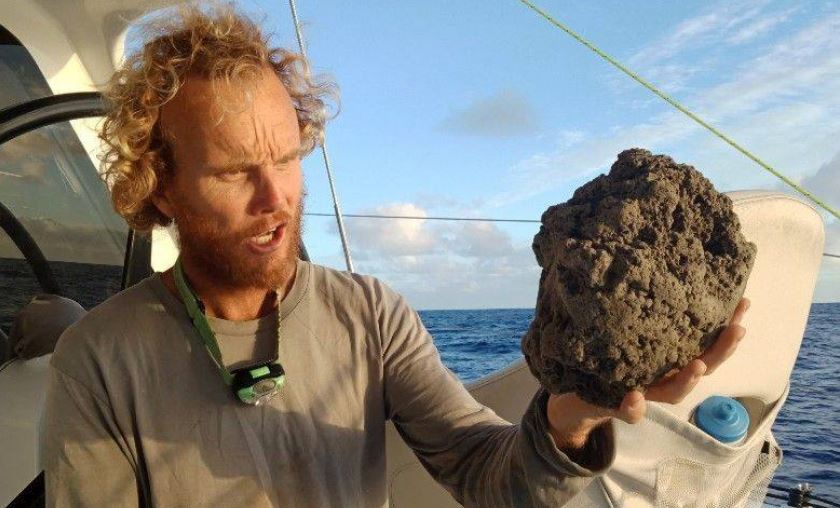 
An unexpected underwater eruption occurred near Fonualei island in the Tonga archipelago on August 7, 2019.

The eruption was so large that volcanic rocks and ash completely covered the ocean surface and the fluffy water was captured in satellite images.

According to first reports, large clouds were reported on the horizon at the location of Fonualei volcano on August 7, 2019.

Then, on August 15, 2019, a catamaran, Sail Surf ROAM, sailed through a grey ocean, completely covered in ash and volcanic rocks.

Pumice and discolored sea as observed by NASA Terra/MODIS on August 9, 2019.

Rubble slick made up of rocks from marble to basketball size such that water was not visible.

The following video was recorded by Rachel Mackie as she sailed through the pumice field:

The submarine volcano along the Tofua volcanic arc was first observed in September 2001.

The depth of the summit of the submarine cone following the eruption determined to be 40 m (131 feet) during a 2007 survey; the crater of the 2001 eruption was breached to the E.