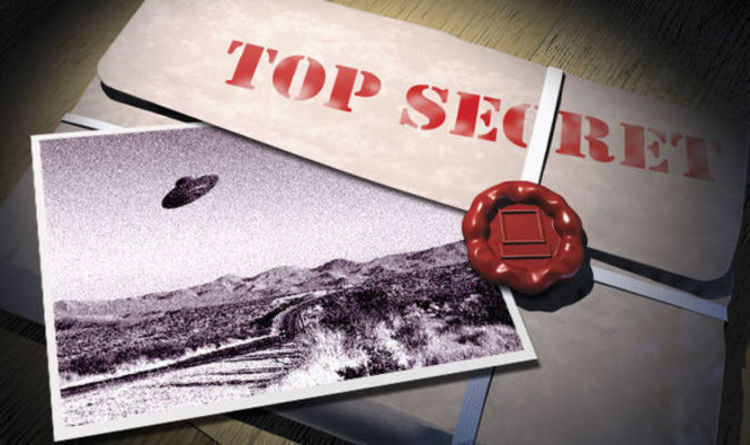 The US Government had always maintained it stopped looking at the UFO phenomenon in 1969.

The probe was led by former intelligence officer Luis Elizondo, who resigned in October.

He resigned to become a key figure in a crowd-funded UFO research group set up by former Blink 182 singer Tom DeLonge called To The Stars Academy.

The US Government did not release the UFO video as was widely believed.


According to The Washington Post, Luis Elizondo essentially got the videos under somewhat false pretences.


It has also been widely claimed that the Pentagon officially released two separate videos of a seemingly inexplicable UFO filmed by two US Navy pilots off the coast of San Diego in 2004.

The belief by alien conspiracy theorists that the US Government had officially released the footage led to claims that there would be an imminent disclosure from the government that aliens have been visiting earth for decades and it has been kept a closely guarded secret.

Campaign group The Disclosure Activists, which seeks for “the truth” about aliens was convinced something big was on the horizon after the story broke.

It issued a press release entitled Disclosure of Extraterrestrial Intelligences Engaging Our Planet Is Underway after the first reports of the videos being released by the government.

In the release Dr Lisa Galarneau, Co-Founder of The Disclosure Activists, said: “it now appears our US government is prepared to open the kimono. What do they know that they are obviously on track to reveal?”

And Steve Bassett, the only registered “disclosure” lobbysist in the US added: ” For the first time the US military has released gun camera footage from a military plane intercepting a UAP (UFO).”

However, it appears their excitement was premature.

It has emerged Mr Elizondo was personally responsible for releasing the videos after resigning, and not an official department of the government.

The Defense Intelligence Agency confirmed it had not released any “information, files or videos,” and said there had been some “confusion” over the purpose of the five-year probe.

The Washington Post reported seeing an internal memo in which Mr Elizondo had tried to get the videos be “cleared for public viewing” on grounds they could “help educate pilots and improve aviation safety.”

However, he has since said in interviews, his intention was to use them for UFO research and to expose the top secret project.

Alejandro Rojas, from Open Minds TV, told The Sun: ”According to The Washington Post, Luis Elizondo essentially got the videos under somewhat false pretences. 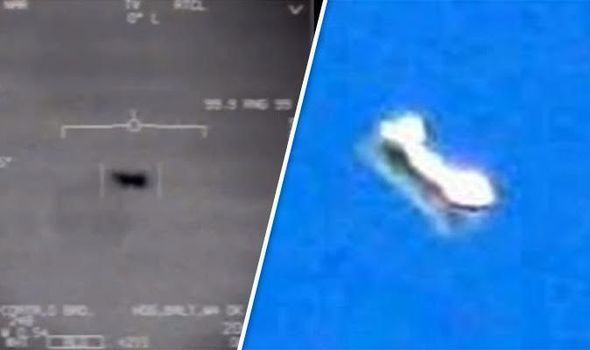 A still from the US Navy radar video (left) and a photograph of the UFO (right).

“I think that’s why the clips are so short and – especially with the second one – there is so little information attached to it.

“I think perhaps they thought just in case somebody gets a hold of this and tries to turn it into a big UFO thing, we just won’t give them much information.”

Aviation website Flyingmag.com said it was sceptical about much of the original story broken by the New York Times.

In an article, it said: “The Pentagon didn’t release those UFO videos, an official (Mr Elizondo) connected to a Las Vegas company who resigned in October did.

“The New York Times story makes it seem as though the release of the videos came from high-level government officials, glossing over the information that the disclosures were actually spearheaded by an official who led the Pentagon’s relatively small UFO hunting program and who has since resigned to join a Las Vegas company called To the Stars Academy of the Arts and Sciences that is seeking private funding for more UFO research.

“That’s a major distinction that most in the media appear to be ignoring since the original Times report appeared.”

Even some UFO believers are now accepting there is no big “disclosure” around the corner, however, the have accused the US Government of backpedaling, and remain convinced there is more to come out at some stage.

“They haven’t clarified exactly what the confusion is, but I’m not surprised that they are scrambling over this now.

“It puts them in a spot because perhaps they’re not ready or even willing to come out and talk about this.

“It wouldn’t be the first time the government has tried to spin things in a different direction on this topic.”

A spokesman for the Department of Defense, which is responsible for the Defense Intelligence Agency, said: “The AATIP’s mandate, when it existed, was to assess far-term foreign advanced aerospace threats to the United States.”

Mr Elizondo claims the project did not end in 2012 and he continued to work on it with the CIA and Navy and now has a replacement who has taken over.