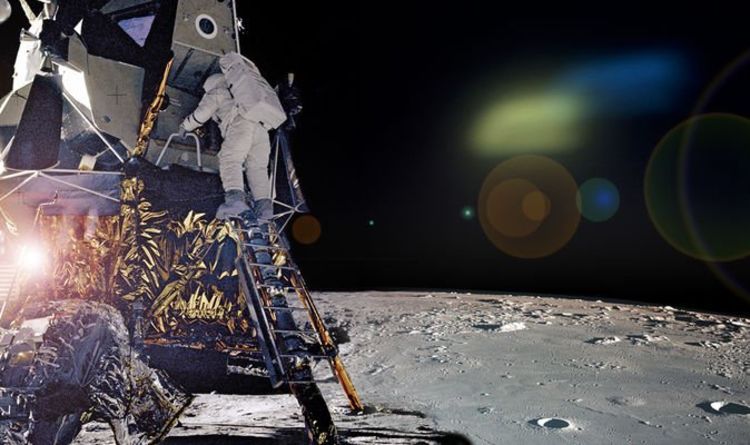 
Another, more rational explanation, is the strange yellow is, in fact, glare from the sun striking the camera lens.

The original Apollo 12 image was taken from US space agency NASA’s website.

The photograph’s caption reads: “A high oblique view of the Moon, looking northwest over the Ocean of Storms (right) and the more rugged area around the crater Kepler A (out of view at left).

“While astronauts Charles Conrad Jr and Alan Bean descended in the Lunar Module “Intrepid” to explore the Ocean of Storms region of the moon, astronaut Richard Gordon Jr remained with the Command and Service Modules “Yankee Clipper” in lunar orbit.”

Two Black Holes Met by Chance, And It Created Something Never Seen Before : ScienceAlert
Forests at Risk of Burning an Extra 30 Days a Year Without Climate Action : ScienceAlert
Octopus Brains Evolved to Share a Surprising Trait in With Our Brains : ScienceAlert
Study Attempts to Unravel The Best Ratio of Land to Ocean For Exoplanet Habitability : ScienceAlert
Crocodiles Seem to Be Thriving in a Toxic River That’s More Like a Sewer. Here’s Why : ScienceAlert