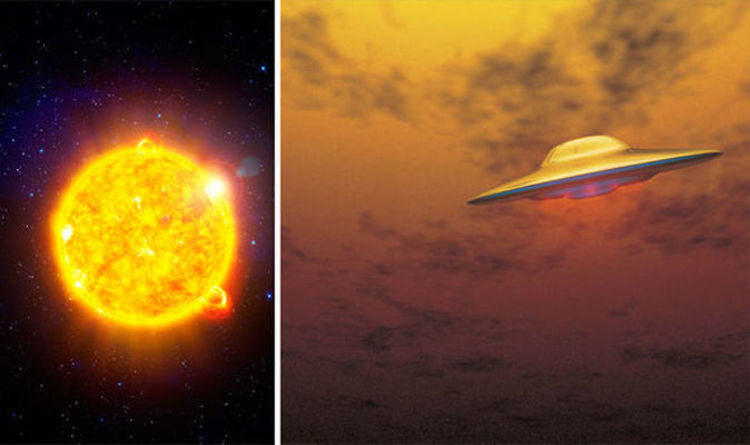 
As far as humans are concerned, there is no man-made material which could withstand the heat of the Sun.

But UFO enthusiasts believe an ancient alien race could have developed such sturdy technology which would be able to travel through the Sun – which is 15million degrees Celsius at its core.

This the theory of one conspiracy theorist who believes he has spotted a UFO shooting through the Sun.

Mr Waring believes that the UFO is roughly the same size of the Earth.

Writing on UFO Sightings Daily, Mr Warning said: “The objects luminosity indicates that its not the same material seen on the surface of the Sun since no white glowing surface areas exist, only yellow.

“The UFO is huge, since the Sun is 109 times the diameter of the Earth, this UFO is an exact match in size, and yet it shot away so fast that it was not captured on any other photos.

“That is a mystery, unless it quickly accelerated to light or faster than light speed then thats called alien technology.

“Only an ancient alien race could build a ship that could travel inside the Sun and withstand such temperatures.”

This is not the first time an alien spaceship has allegedly been seen near the Sun.

In early September, Maria Hill from Salem, Indiana, as snapping images of the Sun believes she saw a huge UFO followed by a massive fleet of smaller crafts passing behind.