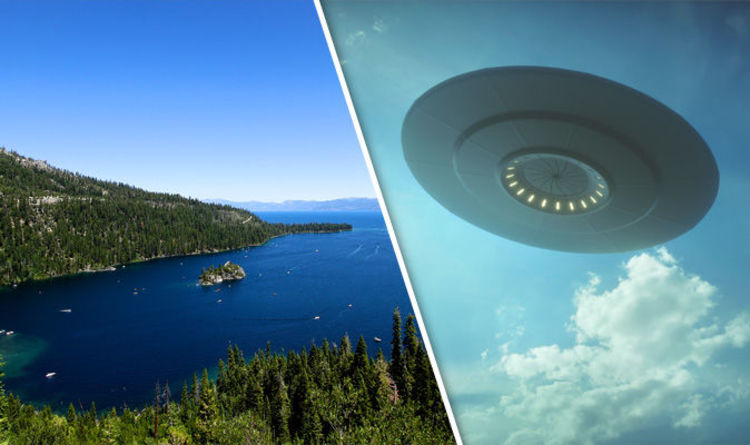 
Holidaymakers at Lake Tahoe, Nevada, spotted the UFO zooming across the sky and were fortunate enough to capture it on video.

The craft was moving so fast it can barely be seen in the video, but some eagle-eyed experts slowed it down to get a better look.

The unnamed person who shot the video said: “We went to Lake Tahoe for vacation and we got a tour on a boat to ride on the lake.

“I didn’t see the object until we got home, as I was checking the videos this object appeared on the video with tremendous speed.”

Some UFO experts are so convinced by the authenticity of the video that they believe it is only a matter of time before aliens reveal themselves to humans.

UFO Sightings Daily says on its website: “Here is the most detailed UFO I have seen all week.

“This is a classic flying saucer, a beautiful metallic disk with a raised upper dome area.

“This is 100 percent proof that aliens are monitoring human up close and personal.

“Makes you wonder if they are so interested in us, when are they going to make their presence known by landing and having a meet and greet session with people?”

However, some people were not as convinced by the video, blasting it as a fake.

YouTube user J Cole Knight wrote on a video: “This is so OBVIOUSLY A FAKE.

“Why would someone waste the time of real UFO investigations with this one that is so so fake.

“It looks like a cartoon, tiny tiny ship that is not in the right field range.”

Prior to this sighting and south of the boarder, a clear UFO sighting was also seen in Mexico City.

As the UFO moves through the air, a few hundred metres off the ground, it emanates a blurry field which is commonly reported from alien enthusiasts.