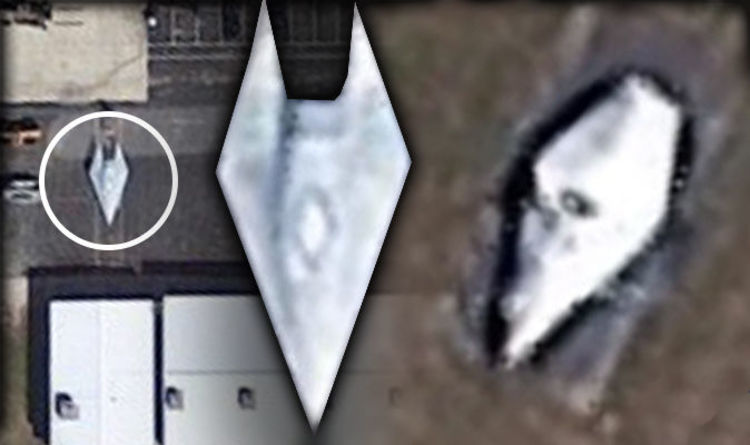 
So-called alien truth seekers are convinced they have rumbled a secret prototype craft in Google Earth images above a Florida aerospace company.

The footage zooms in to the remote site surrounded by swampland in West Palm Beach, Florida, when two arrow-shaped possible craft can be seen on the floor in separate areas.

Tyler Glockner, who runs the Secureteam10 conspiracy theory YouTube channel, said: “It looks like no sort of public aircraft that has ever been disclosed.

“It looks like a hypersonic craft or spacecraft of some type. Is this some sort of UFO?

“It is outside of a building belonging to aerospace company Pratt & Whitney, which develops engines for civilian and military projects so could be involved in secretive stuff.

“If you look up, it looks like there is a second similar craft, but it is not the same.

“Are these objects secret prototypes?”

Scott C Waring, who runs website Ufosightingsdaily.com, waded in saying he thought the aircraft was built with alien technology.

He gave no explanation, however, of how he could be sure of this.

He wrote: “This is alien tech in the US military’s hands.

“This spacecraft, located at a top-secret airport, was found on Google Earth and shows a diamond stealth craft built for high speed flight.

“Although this craft has some similarities to an X-47B, it is clearly a whole new evolution of that craft.

“As you can see, the shape is almost the same, however the back 30 percent is totally different. Awesome discovery.”

The Northrop Grumman X-47B is a demonstration unmanned US Navy combat aircraft.

It is a tailless jet-powered blended-wing-body aircraft capable of semi-autonomous operation and aerial refuelling.

Scott Brando, a debunker who runs website ufoofinterest.org, said: “Many UFO enthusiasts are wondering what is that ‘mystery’ craft from Google Maps.

“That object could be an RCS model (radar cross section) for testing engine or exhaust nozzles at an RCS range.”

Radar cross section ranges are used to test how detectable an object is by radar.

In June 2014 Pratt & Whitney announced a $63million expansion of its Florida site.

Its president President Paul Adams said at the time: “This new facility will help produce some of the most innovative and revolutionary engines the aerospace industry has ever seen.”