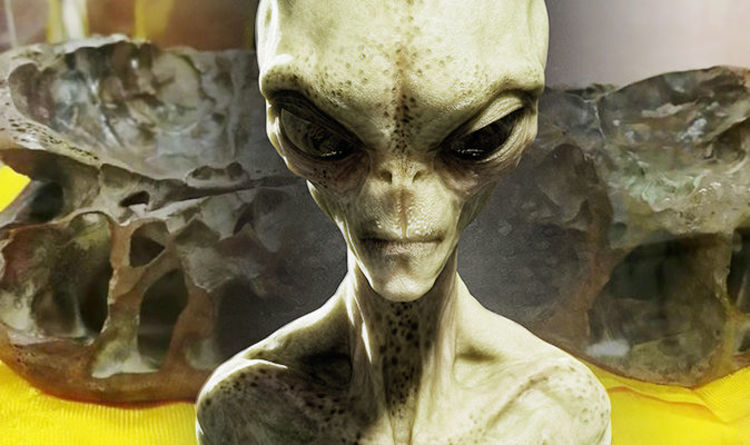 
Li Jianmin, a Chinese author and expert on UFOs, believes he has the skull of an alien life form in is possession.

The 55-year-old science fiction writer recently unveiled the find during a seminar in the Chinese capital Beijing.

According to local media reports, the brown coloured skull is 16cm in diameter and – unlike human skulls – it has “two different layers” to its formation.

Mr Jianmin said the skull belonged to a private collector, who bought the item from a street seller in Inner Mongolia, an autonomous Chinese region.

The self-proclaimed UFO scholar claimed the unnamed collector was reading one of his books, when he came across an illustration of an alien skull that bore striking similarities to the artefact that he had bought from a street vendor in Mongolia.

The collector reportedly got in touch with Mr Jianmin, who set about producing a 103-page study in a bid to provide evidence that the ‘skull’ is in fact from outer space.

The author said that he carried out a scientific study – a Raman spectroscopy – and used an “atomic force microscope” – an imaging technique which can see things 1000 times smaller than ordinary microscopes – to compare the cranium with other alleged alien skulls found in other countries.

However, Mr Jianmin admitted that he needs funds to continue with further tests, particularly a DNA test, which could prove if the cranium is actually from a creature on Earth.

Despite being widely mocked on social networks, Jianmin is convinced the skull is real.

He added: “I welcome questions and scepticism but if you decide to challenge me, be sure to bring along evidence.”

It is not the first time UFO hunters have claimed to have discovered the skull of an extra-terrestrial life form.

In September this year, a skull with antennae was discovered on Mars by UFO hunters who have been trawling the Red Planet.

Alien hunters believe NASA has “missed” evidence there is life on Mars – or are trying to conceal the truth.

UFO hunters believe they spotted what looks like a skull of an alien being on the Red Planet when analysing images from NASA’s Martian Rover.

Popular conspiracy theory website UFO Sightings Daily says of the finding: “NASA is constantly looking at mathematical measurements, stats, winds speed, surface pressure and hundreds of other stats instead of doing their job, which is discovering and reporting signs of intelligent life.”

A Strange Thing Happens to Wolves Infected by Infamous Mind-Altering Parasite : ScienceAlert
Crocodiles Seem to Be Thriving in a Toxic River That’s More Like a Sewer. Here’s Why : ScienceAlert
Mars Once Had So Much Water, It Could Have Been An Ocean World, Scientists Say : ScienceAlert
Octopus Brains Evolved to Share a Surprising Trait in With Our Brains : ScienceAlert
Mummies With Golden Tongues Discovered in Ancient Egyptian Necropolis : ScienceAlert